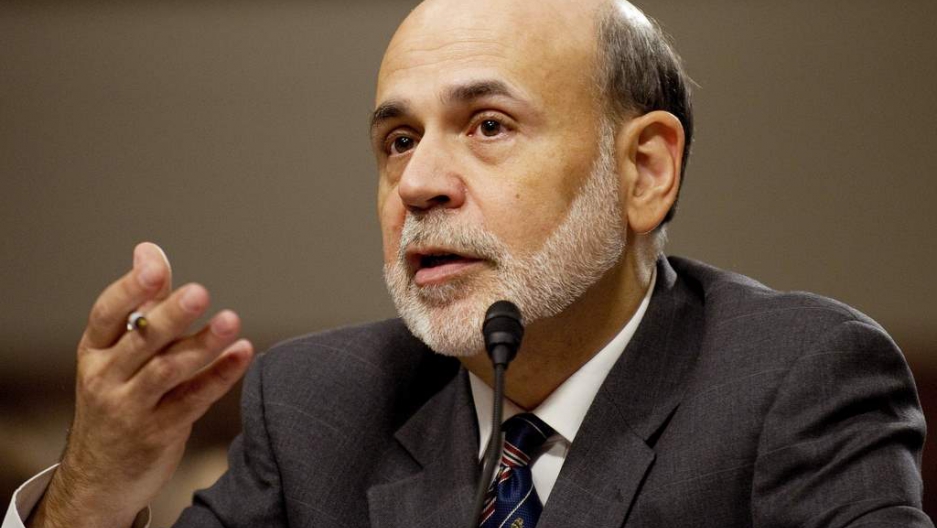 Texas Congressman and Republican presidential hopeful Ron Paul on Wednesday challenged the US Federal Reserve's commitment to low interest rates by pulling out a silver coin and asking Fed chairman Ben Bernanke if he did his own grocery shopping.

Turns out Bernanke does do his own grocery shopping.

Paul was trying to make a point about inflation. Though the Fed estimates inflation is running at about 2 percent, Paul said he believes it really is closer to 9 percent.

"This argument prices are going up 2 percent - nobody believes it," he told Bernanke, who was on Capitol Hill to deliver the first of two major economic reports he is scheduled to give to Congress this year. Paul suggested he and Bernanke compromise and say inflation is running at about 5 percent.

"If this hearing was your introduction to American politics, you would never guess which party counts Bernanke as a member," New York Times reporter Binyamin Appelbaum tweeted.

In his prepared testimony, Bernanke told lawmakers the Fed plans to stick with its ultra-low interest rate policy into 2014 as it has said in its statements.

He acknowledged that unemployment has been falling more quickly than the Fed had anticipated, and said,"the unemployment rate remains elevated, long-term unemployment is still near record levels, and the number of persons working part time for economic reasons is very high."

The Fed isn't expecting unemployment to keep falling so fast, but if it does the Fed will reassess its economic outlook, the Associated Press said.

Bernanke's testimony comes as the US economy appears to be strengthening. Private companies have been adding jobs, unemployment has been declining and the government on Wednesday said it believes the economy in late 2011 expanded at a quicker pace than it had initially estimated.

Still, the "fundamentals that support spending continue to be weak," Bernanke told lawmakers Wednesday. "Real household income and wealth were flat in 2011, and access to credit remained restricted for many potential borrowers. Consumer sentiment, which dropped sharply last summer, has since rebounded but remains relatively low."

Higher oil prices are expected to push up inflation temporarily, but the Fed expects that to be only a temporary phenemenon, Bernanke said. Of course, Paul disagrees as he very vocally has for years.

To illustrate his point, Paul pulled out an ounce of silver and delved into a conversation about parallel currencies, describing how the silver's purchasing power of gasoline has changed.

"You love paper money. I think money should be honest," Paul told Bernanke.

The Wall Street Journal reported the Fed chairman said he would be happy to talk to Paul about the idea of a parallel currency he raised during the hearing. But "After the brief exchange, in which Mr. Paul did most of the talking, the Fed chairman moved on to the next questioner and Mr. Paul left," the paper said.