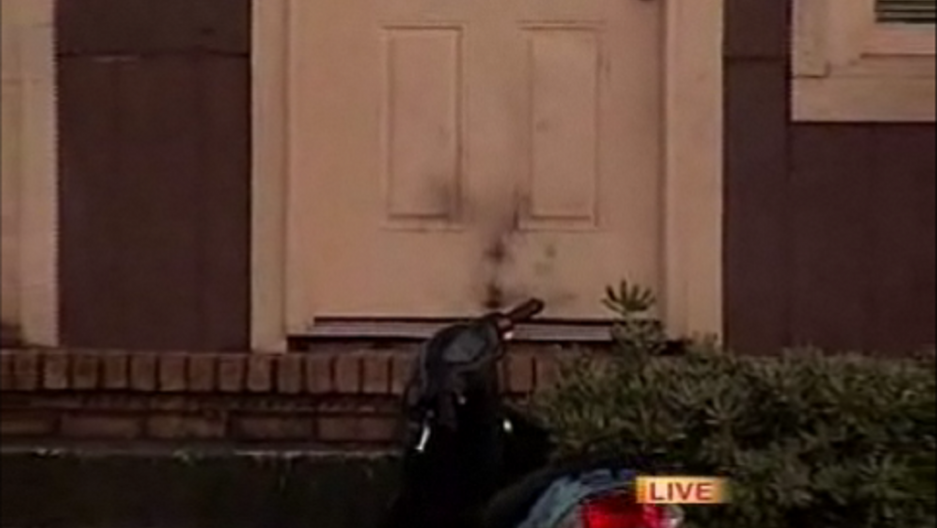 This is the house in Havelock, NC where Gary Allen Banning accidentally drank from a jar of petrol and later lit up a cigarette, setting himself alight. He died in hospital the next morning from severe burns.
Credit: WNCT
Share

A man in North Carolina has died after accidentally drinking gasoline and then lighting up a cigarettes.

Associated Press reports that police in Havelock received an emergency call at about 9.50pm local time on Monday after Gary Allen Banning (43) set himself alight.

A spokeswoman for the city named as Diane Miller is quoted as saying that Allen Banning was at a friend's apartment when he mistook a jar of petrol by the kitchen sink for drink.

After taking a gulp, he spit the liquid out, but got some on his clothes," the report says.  A short time later Allen Banning went outside to smoke a cigarette and burst into flames.

WITN says that man was taken to a nearby hospital but was later moved to a burn center, and died from the severe burns on Tuesday morning at around 6:00am.

The radio station says Havelock police confirmed alcohol was involved in the incident and drugs were possibly involved.

Havelock police and the city fire marshal are continuing their investigation, Newscore says.