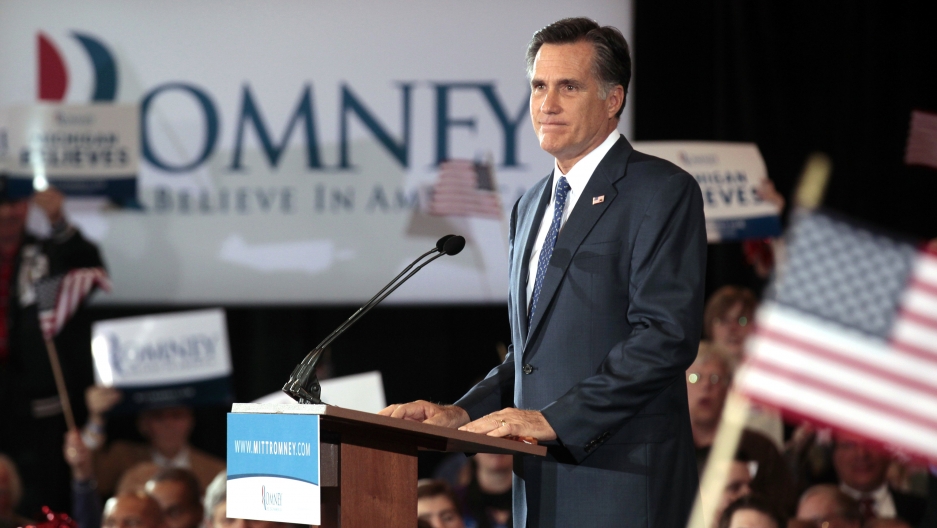 Mitt Romney got the big wins he needed Tuesday in Arizona and Michigan, but he had to sweat it out for a while.

With all precincts reporting in Arizona, Romney won by 20-points, a victory that was predicted by every major news outlet as soon as the polls in that state closed. But in Michigan, it was much tighter. It was several hours after the polls closed that, finally, it began to look like Romney would wind up on top, rather than challenger Rick Santorum, who'd mounted a spirited challenge in recent weeks.

With 99 percent of precincts reporting, Romney defeated Santorum by 3.2 percentage points — though because Michigan's primary awards delegates proportionally, both Romney and Santorum will get 11 delegates. Arizona awarded all 29 of its delegates to Romney.

The victory, according to The New York Times, should dampen some of the concern among Republicans over Romney's inability to bring the primary season to a close — though it's far from done.

"“I stand ready to lead our party to victory and our nation back to prosperity,” Romney told supporters Tuesday night, according to the Times. “It’s a critical time in America.”

But Santorum also sought to portray his strong showing in the state where Romney was born as a sign of his ultimate ability to win the nomination.

“A month ago they didn’t know who we are. They do now," he told his supporters.

Romney has now won primaries in New Hampshire, Florida, Nevada, Maine, Michigan and Arizona. The primary contest will kick into high gear next Tuesday with Super Tuesday voting in 10 states, including Ohio, where Santorum is showing well, and Georgia, where Newt Gingrich hopes to mount a comeback. Washington state voters will choose a Republican prefference on Saturday as well.

"But Romney's victory on Tuesday, according to the Washington Post, is unlikely to resolve the problems the longtime front-runner has had coalescing the party around his nomination," the Post wrote. "Even after months of work and millions of dollars spent, he has not won over a vast swath of Republicans.That was clear from Michigan exit polls, which showed that Santorum had beaten Romney decisively among important Republican blocs."

Romney's strongest support came among those who say beating President Barack Obama is a top concern, as well as those who list the economy as a top worry.