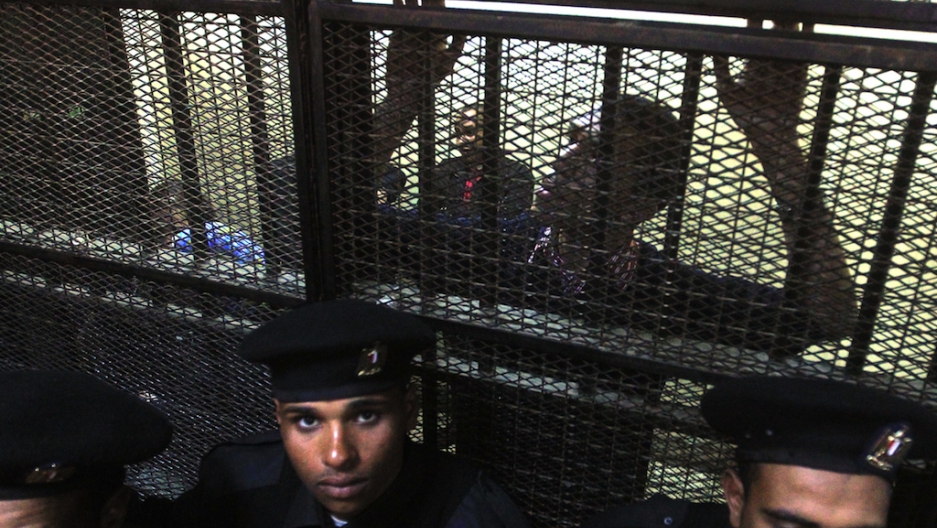 Egypt started the trial of dozens of democracy activists including Americans on charges of receiving illegal foreign funding, despite Washington's insistence that the charges be dropped. Three of the trial judges resigned on Tuesday.
Share

CAIRO, Egypt – In yet another twist in the already convoluted criminal saga surrounding US NGOs in Egypt, the three judges presiding over the trial of 43 NGO employees recused themselves from the case Tuesday night.

Chief judge, Mohammed Shoukry, said they felt "uneasiness" about the case, the Associated Press reports. Their reported skepticism over the merits of the case lends credence to NGO and US government claims that the trial, which began on Feb. 26, 2012 but was abruptly adjourned until Apr. 26, 2012, is legally dubious and political posturing on the part of the current regime.

The employees and their organizations – including Freedom House, the International Republican Institute (IRI), the National Democratic Institute (NDI), and the International Center for Journalists (ICFJ) – are charged with receiving illegal foreign funds to carry out political activities.

In the prosecution's dossier, according to the New York Times, the infamous Minister of Planning and International Cooperation, Fayza Aboul Naga, is said to have tesified that the groups "worked in coordination with the CIA" with the goal of "bringing down the ruling regime in Egypt, no matter what it is."

The groups and the defendants have denied the charges.

Also on Tuesday, Secretary of State Hillary Clinton said Egypt and the US were "moving toward a resolution" of the NGO debacle. The case has hurt ties between the two countries and put into question over $1 billion in US aid to Egypt.

Khaled Fahmy, a professor of history at the American University in Cairo (AUC), penned an in-depth piece on the all the forces at work here in local English-language, daily Egypt Independent.

The real target of Abouelnaga’s crusade is not foreign NGOs receiving foreign funding. Her real targets are human rights organizations that have been campaigning to defend basic freedoms before and after the 25 January revolution. The reason is simple: it is human rights organizations, more than official political parties or even the press, which have uncovered cases of police brutality under Mubarak’s dictatorial rule, which have defended helpless victims in numerous cases of outright injustice, and which have raised public awareness of basic and constitutional rights.