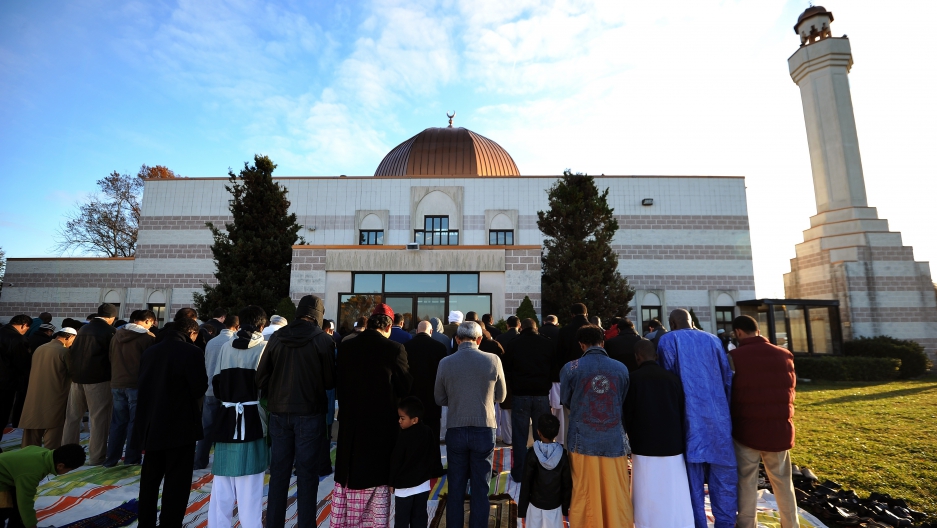 Muslim devotees take part in a special morning prayer to mark the start of the Eid-al-Adha festival on Nov. 6, 2011, at a mosque in Silver Spring, Md.
Credit: Jewel Samad
Share

The number of mosques in the United States has jumped by 74 percent in the last decade, according to a national survey conducted by a coalition of Muslim groups, USA Today reported.

The 2011 US Mosque Survey said there are currently 2,106 mosques in the United States, USA Today reported. States with the most mosques are New York (257), California (246) and Texas (166). And more mosques are being built in suburbs.

The survey, from the Hartford Institute for Religion Research, the Association of Statisticians of American Religious Bodies, the Council on American-Islamic Relations, the Islamic Society of North America, the Islamic Circle of North America and the International Institute of Islamic Thought, was last conducted in 2000 and 2001, the San Jose Mercury News reported.

"This building boom is indicative of the growing financial resources of the Muslim community as many Muslims have lived in the US for many decades now and their financial resources have improved," study author Ihsan Bagby, an associate professor of Islamic studies at the University of Kentucky, said, according to the San Jose Mercury News.

Other factors the researchers said is behind the increasing numbers of mosques, the San Jose Mercury News reported: Muslim refugees from Somalia, Iraq, West Africa and Bosnia moving to the US; more ethnic and denominational diversity within the Muslim community requiring new mosques reflecting different schools of thought; and Muslims moving into suburbs and new regions around the country.

The survey also polled Muslim leaders about their attitudes toward American society, the San Jose Mercury News reported. The survey found that only about 25 percent of mosque leaders believe American society is hostile to Islam, compared with 56 percent who thought so in 2000. Some 91 percent of American mosque leaders said Muslims should be involved in US politics, and 55 percent disagreed with the idea that America is immoral.

"This is a very healthy community," Bagby told USA Today. "Mosque leaders feel very positive, more positive than they did in 2000.”