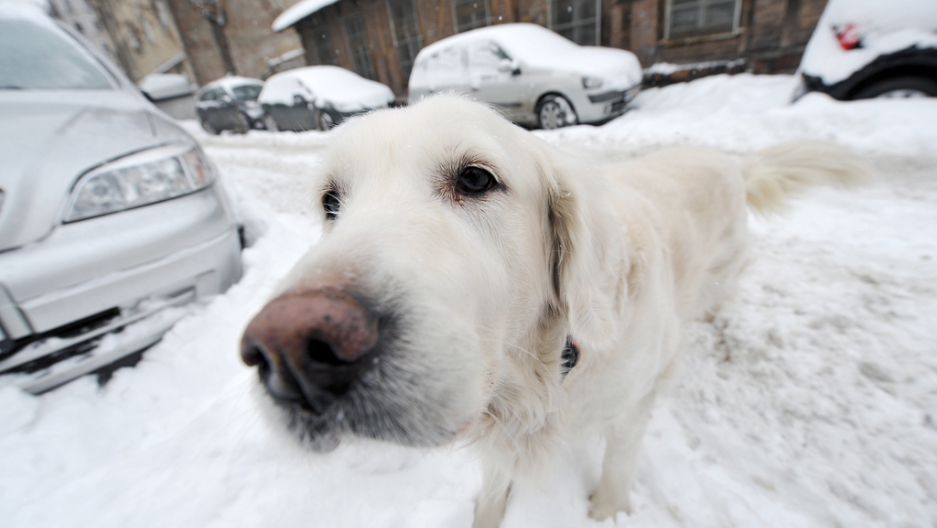 Dogs may be able to walk on snow because of a unique internal heating system, Japanese scientists have discovered.
Credit: Andrej Isakovic
Share

Ever wonder how your canine companion can walk in the snow without freezing? The answer may lie in how dogs circulate their blood, according to Hiroyoshi Ninomiya, a professor at Yamazaki Gakuen University outside Tokyo.

Ninomiya's study has found that dogs have an internal heating system that prevents cold surfaces from chilling the rest of their bodies, Reuters reported.

Canine circulation utilizes warm, oxygenated blood to heat the blood that has been in contact with a cold surface before pumping it back to the dog's heart, according to Reuters.

His research, which is based on his examination of the arteries and veins in a preserved dog's leg under an electron microscope, is published in the journal Veterinary Dermatology.

Dogs are not the only animals that possess this sort of heat exchange circulatory system: dolphins also circulate heat in a similar fashion, Ninomiya said. However, just like humans, not all dogs are cut out for the cold.

"Dogs evolved from wolves, and so they still have some of that ancestry remaining," Ninomiya said. "But that doesn't mean that one should always go and drag around in the snow all the time. There are many varieties of dogs nowadays that are not able to stand the cold."