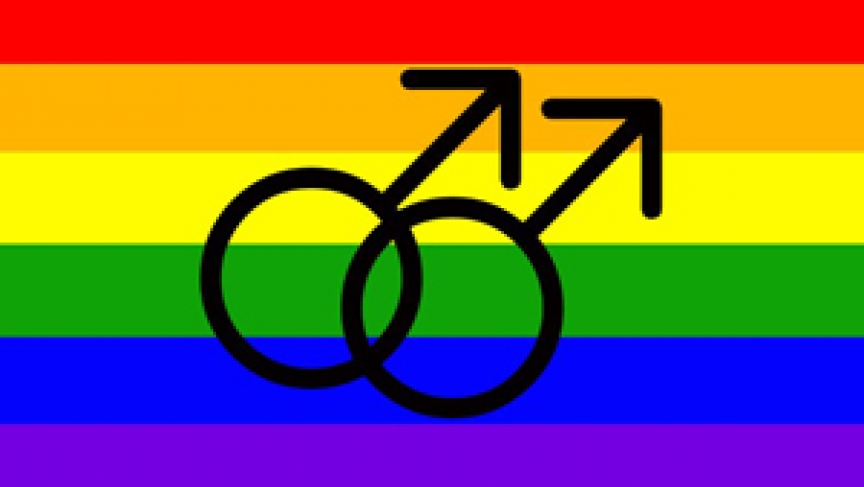 Share
In a secluded spot along the beach in Monrovia, a man I'll call John sips a beer and talks quietly about how, as a gay man, he protects himself in Liberia. John changes how he walks and talks – and he has a girlfriend. "Most of the gays in Liberia are sometimes married to women or have girlfriends because they want to do some cover up," he said. Staying undercover has become even more important for John. In December, President Obama issued a policy encouraging countries to stop criminalizing homosexual activity, though he didn't outline any consequences for countries with poor records on gay rights. The message seemed to be aimed at African countries, such as Uganda, which is considering harsher penalties for gay sexual activity. Secretary of State Hillary Clinton then gave a speech in Geneva proclaiming that "gay rights are human rights." John said that didn't go down that well in Liberia. "I'm not really happy about what Hillary Clinton said because it made things worse." John, a slight man, said he's been afraid to go out in public with his gay friends for fear that someone will identify one of them and attack them. "If you and your brother are walking down the street talking, they may actually jump on you and beat you." John said a gay couple was beaten by a group of men on the beach about a week ago, and a gay rights activist – who isn't gay – was almost mobbed at a radio station last week. The police had to be called in. Meanwhile, Liberia's former first lady, and now senator, Jewel Howard Taylor, recently proposed a bill that would make same-sex marriage a first-degree felony, with a penalty of 10 years to life in prison or death (although no one has been executed in Liberia for decades). Homosexual activity is already a criminal offense in Liberia, but Taylor said the laws need to be strengthened. "It is a problem in our society," Taylor said. "We consider deviant sexual behavior, criminal behaviour." Much of the recent debate here is rooted in misinformation about the Obama policy. Liberia receives more than $200 million a year from the U.S., and the Liberian media have repeatedly reported — incorrectly – that the Obama policy makes American foreign aid contingent on advancing gay rights. One newspaper headline declared: "'No Gay Law, No Help,' Obama threatens African Leaders." Liberia was created by freed slaves from America, and most Liberians idolize the U.S. But this issue has tainted views here of the U.S. and of Obama. "We don't think Barack Obama will be doing Africa good if he should be imposing immoral behavior on the people of Liberia," said Elijah Greene, who works as a driver in Monrovia. Dekontee Sharty, who sells vegetables on the street, said America is "our big brother. We felt very bad, because we expect them to bring good things to Liberia, not to encourage wickedness." Of course, homophobia was prevalent in Liberia before the U.S. gay rights policy, something that the U.S. Ambassador to Liberia, Linda Thomas-Greenfield, is quick to point out. "These views are not a result of policies from the U.S. government," she said. However, the backlash has sparked unprecedented hate speech, threats, and physical violence. Thomas-Greenfield said she's spoken privately to Liberia's president Ellen Johnson Sirleaf about the misperceptions, but she doesn't plan to tackle the issue publicly. "I think our policy has been extremely clear from Washington that there is not a connection between our long-term aid and policies related to this issue, but knowing how occasionally irresponsible the press is here, my view was that we should not feed that frenzy." Meanwhile, gay men, such as John, say they're more scared for their safety than ever. "Right now, for a guy like me to stand up and say, yes I'm a gay, and I need my rights would be very difficult. It would be too dangerous." So while John said he appreciates the goal of the U.S. gay rights policy, so far it's backfired.