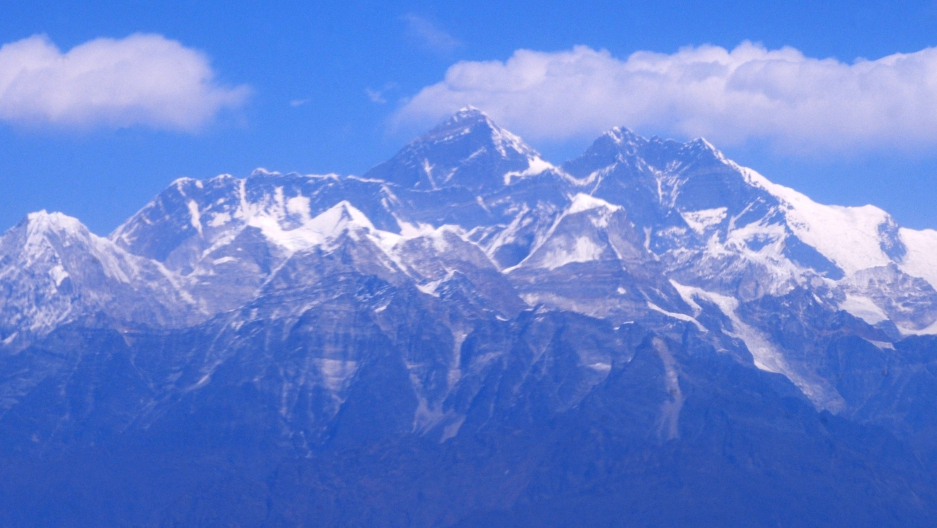 Apa Sherpa, who recently won the Guinness World record for scaling Everest 21 times, says that the lack of snow on the mountain due to climate change may one day make it unclimbable.
Credit: Prakash Mathema
Share

According to Apa Sherpa, the storied mountaineer who recently won the Guinness World record for having scaled Mount Everest 21 times, the world's tallest mountain is becoming increasingly difficult to climb due to climate change.

Apa recently told AFP that he was disturbed by the lack of snow on the mountain, which makes rockslides more common and the possibility of slipping icrease dramatically.

"In 1989 when I first climbed Everest there was a lot of snow and ice but now most of it has just become bare rock. That, as a result, is causing more rockfalls which is a danger to the climbers," he told AFP. "Also, climbing is becoming more difficult because when you are on a mountain you can wear crampons but it's very dangerous and very slippery to walk on bare rock with crampons."

Apa, a Nepalese who grew up in the shadow of the Himalayas but now resides in Salt Lake City, has become an activist against the effects of climate change, which he said was not only affecting climbers but also local farmers whose crops are devastated by rising temperatures and shrinking rivers.

According to PopSci, glaciers in the Himalayas have shrunk by 21 per cent in the past 30 years, while temperature extremes in both the summer and winter have become more common.

Apa spoke during the first third of a 120-day celebrity trek across the Himalayas that will end on May 13.

He said that tourism could play a positive impact in raising awareness about the issue.

"I want to understand the impact of climate change on other people but also I'd like tourism to play a roll in changing their lives as it has changed mine," the AFP quoted Apa Sherpa as saying.

According to UPI, the statement came at the heels of an announcment by the Nepalese government that it would seek help in determining the height of Mount Everest, as earlier figures are disputed by China.