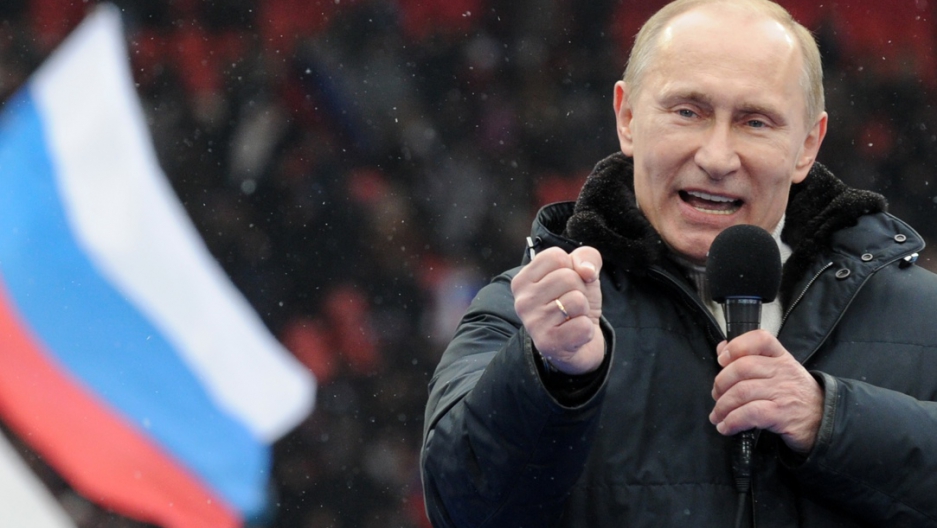 MOSCOW, Russia — Instead of panic and fear, news of a foiled attempt to assassinate Russia’s prime minister — and likely future president — Vladimir Putin, has drawn ridicule.

Popular blogger Oleg Kozyrev, in a “question of the day,” asked, "Assassination of Vladimir Putin: foiled or made up?"

The most popular response? "Lies."

Kozyrev wasn’t the only one to question whether the assassination announcement was staged to raise the prime minister’s popularity before the presidential election slated for Sunday, March 4.

Pavlovsky pointed to the amateurish nature of the plot, which unraveled after the alleged terrorists blew themselves up in early January with home-made explosives in a rented Odessa apartment, according to a Monday broadcast on the state-run Channel One television station.

The terrorists had only vague plans and little chance of access to Putin, Pavlovsky said.

News reports from Ukraine earlier this year did not connect the explosion in the Odessa apartment to a Putin assassination plot.

Instead, there is speculation that the terrorists were after a local businessman. Monday was the first time the Odessa explosion was linked to an attempt on Putin’s life.

Read more: Can any of these guys beat him?

After the explosion, during which one of the alleged plotters died, police apprehended Kazakhstan-native Ilya Pyanzin.

The ringleader, Chechen Adam Osmayev, fled, but was arrested in early February, Channel One reported. Pyanzin and Osmayev were apparently acting on direct orders from Chechen terrorist Doku Umarov.

“They said to come to Odessa to learn to make bombs, then in Moscow you will make diversions on economic targets. Later, an assassination attempt on Putin,” Pyanzin said, Channel One reported.

Osmayev, who was an economics student at the University of Buckingham in London before allegedly agreeing to assassinate Putin, said he was asked to teach two people to participate in terrorist acts.

They didn’t have to necessarily be suicide bombers, he said. There was no clear explanation why Osmayev agreed to participate in the plot.

“Our deadline was after the elections of the president of Russia,” Osmayev said in a Channel One interview, his eyes downcast, his face covered in scratches.

Police evidence included explosives hidden near Moscow’s Kutuzovsky Prospect, a frequent route that Putin takes, and videos of the prime minister getting into his car.

Putin’s spokesman Sergei Peskov confirmed the attempted murder. He called speculation on whether the announcement is a pre-election publicity stunt “sacrilegious,” the Interfax news agency reported.

The announcement came on Monday because the investigation was conducted not just in Russia, but also in Ukraine, Peskov said.

A much-hyped episode of Channel One news program Vremya aired on Monday night, revealing the exclusive scoop that there had been three attempts on Putin’s life since 2001.

The news came on the same day that Putin published his seventh campaign program in Moskovskiye Novosti newspaper.

The program, as did his speech at his rally last week, focused on the need to defend Russia from external enemies.

“Safety in the world can only be achieved with Russia, and not by trying to shove her, weaken her geopolitical positions, or damage her defense abilities,” the program said.

The assassination attempt, especially by someone who has ties to the West — Osmayev has lived in London — re-enforces the message of enemies from abroad, Moscow’s Carnegie Center political analyst Nikolai Petrov said.

However, the message was lost on many Russians.

"Again this old song: the country is surrounded by enemies, the leader is under threat, let's gather around him,” one commenter named evgdem wrote in the comments section of the Kommersant newspaper. “I'm sick of it! I don't believe it! Putin must go."

"Pre-election nonsense!” wrote commenter volglu on Gazeta.ru, a newspaper site. “I wouldn't be surprised if all the news outlets will report tomorrow about Putin's friendly breakfast with extraterrestrials.”

Petrov, the political analyst, also said he wasn’t convinced by the Channel One report.

“It all looks so absurd and fake," Petrov said. "There is a campaign. Putin used it in his favor."