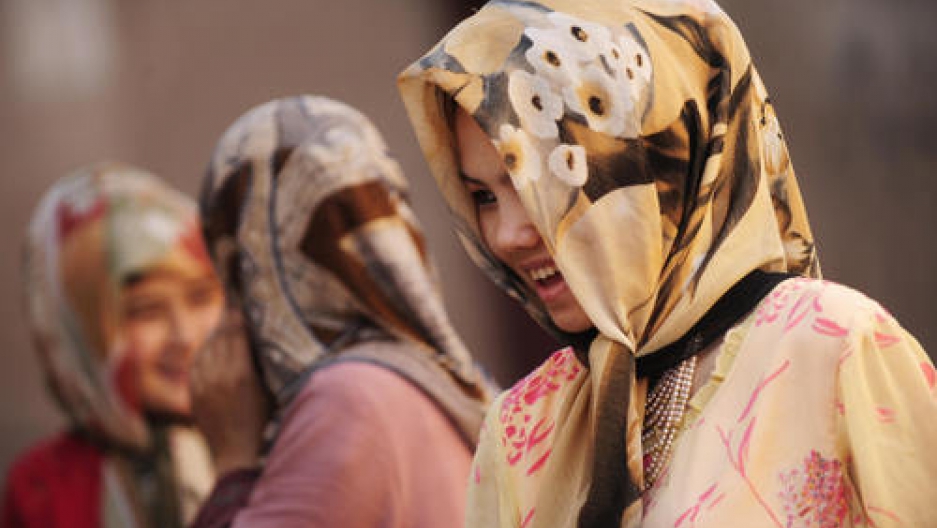 Ethnic Uighur women shop in the market in the old city of Kashgar in China's Xinjiang region on July 10, 2009. With a boom that has failed to share the wealth, cultural misunderstandings and historical resentment, the anger of Xinjiang's Uighur Muslims is deep-set.
Credit: PETER PARKS
Share

At least 12 people were killed after a riot broke out in Xinjiang, a violence-prone region in northwestern China, the Associated Press reported. The Chinese government would not say what sparked the riots.

The Xinhua News Agency placed blame for the deaths on the rioters, reporting that they were attacking people with knives. The rioters killed ten people, and the local police shot two attackers.

But the AP said that the Xinhua News Agency's report could not be confirmed because of the tight control Chinese authorities have over state media.

More from GlobalPost: Confused about the Xinjiang riots? Follow the money.

The Daily Telegraph stated that the riots occurred on the opening day of a new highway. The highway connects Kashgar, the city where the riots broke out, with Yecheng, a city that is the "main entry point for Han Chinese immigrants."

There has long been tension been Han Chinese immigrants and the region's native Turkish Muslim Uighur ethnic group. At least half of the people in Xianjiang are Uighurs, BBC news reported, and they have complained that the large-scale migration of Han Chinese workers to the area is costing them jobs. Uighurs also say that they are discriminated against by the Chinese residents.

In 2009, almost 200 people in the Xinjiang capital died after race riots broke out between the Han Chinese and the Uighurs, according to Time Magazine.

After the 2009 riots, Chinese authorities ramped up security in the region. But human rights groups say that the Uighur group is now unfairly targeted by the security forces, the AP reported.

Chinese police are still on the hunt for some of the rioters involved in this more recent attack, the BBC said.