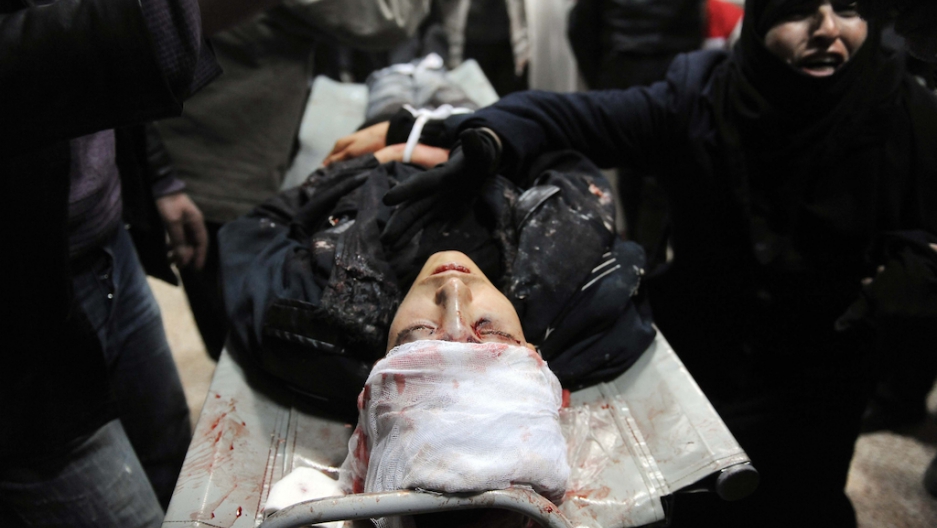 The mother of Mohammed Shawi, 15, reacts next to her son's body at a hospital after he was shot by a sniper in Idlib in northwestern Syria earlier this month.
Credit: BULENT KILIC
Share

CAIRO – More than 120 people have been killed today across Syria, including 62 civilians trying to flee a weeks-long assault in Homs, anti-government activists said today.

It marks one of the highest daily death tolls so far, and the alleged massacre outside Homs, if true, would mark a grim milestone in the nearly year-long uprising that has taken thousands of lives.

I must stress that right now, the alleged massacre is still unverified and details remain sketchy – as the level of violence keeping most foreign journalists away – but anti-government activists are saying the victims were males stopped on a bus at a checkpoint outside the Baba Amr area of Homs. They were separated from the women and children, before being killed, the activists said.

The descriptions conjure up images of the kind of targeted ethnic cleansing that took place in Bosnia in the 1990s.

So what to make of Syria, at the heart of the Middle East and where conflict threatens to draw in its already volatile and fragile neighbors? (Think: Israel, Iraq, Lebanon).

This week, where the US met with regional leaders in the Tunisian capital to discuss options for Syria, incuding arming the rebel Free Syria Army, produced a series of excellent pieces on the embattled nation. They don't put forth a magic solution to the Arab Spring's darkest and most foreboding uprising, but they do cut through the clutter.