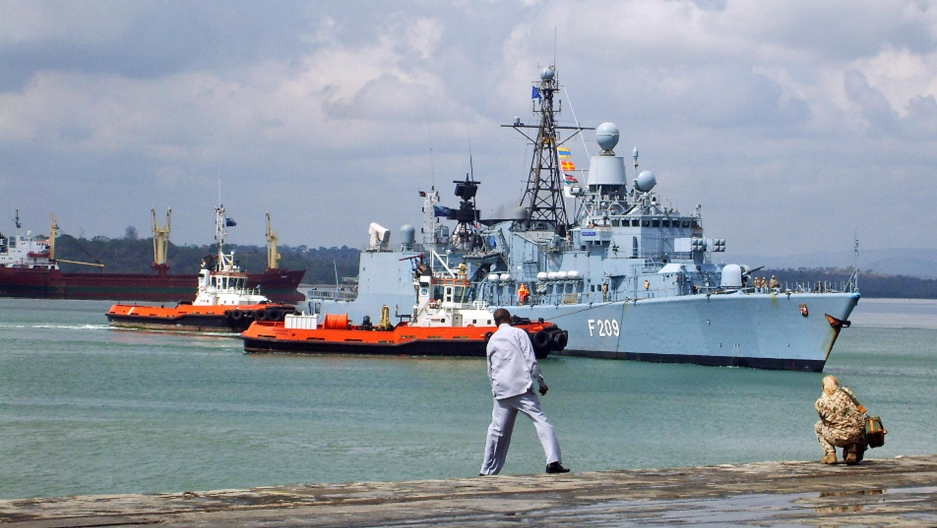 A boat's anchor hit fiberoptic cables and disrupted Internet access to Kenya and other countries when it docked at Mombasa port, one of Africa's busiest.
Credit: Stringer
Share

The high-speed internet access in East Africa was severely disrupted Monday, after a ship mistakenly dropped its anchor onto fiber optic cables while docking off the coast of Kenya, BBC News reported.

The ship had anchored itself in a restricted area while waiting to enter Mombasa, one of Africa's busiest ports, when it hit cables that provide Internet service to much of Eastern Africa.

Another system, installed by cable provider company SEACOM, was not affected.

Internet connections are expected to slow down by 20 percent in Kenya, Rwanda, Burundi, Tanzania, Ethiopia and South Sudan's capital, Juba, according to the BBC's Noel Mwakugu.

The damage to the underwater cables could take up to 14 days to repair, TEAMs told the BBC.

The increased Internet access that the cables provide has boosted the burgeoning tech scene in Kenya, BBC reported. The first year after the cables were installed, the number of Internet subscriptions in Kenya jumped from 1.8 million to 3.1 million, according to the BBC.

More from GlobalPost: Africa is the fastest growing mobile market in the world, an industry group said

New Internet businesses in East Africa include Mocality, a local search and directory site, which made news when Google was accused of illegally mining its data, the IBT reported; PesaPal, a Kenyan version of PayPal launched in 2009 that works on both phones and computers; and Simple Motion, an e-magazine and local news aggregation site launched in 2010.

This isn't the first time Africa has faced problems with cabling. SEACOM, which is currently handling the extra traffic, has repeatedly experienced issues with its cables, the IBT reported.

In 2010, the company discovered cable faults 4700 meters below sea level, and in 2008, a major cable was cut in the Mediterranean and disrupted a full 70 percent of internet traffic to Egypt, according to the IBT.

The Eastern Africa Submarine Cable System (EASSy), a third cable company, also suffered a cut to one of their cables on February 17, between Djibouti and Port Sudan, according to the company's spokesperson. The EASSy cable's damage only affected the section of cable between Port Sudan and Djibouti, and is expected to be repaired by March 20.

This article was changed to reflect that the EASSy cable was not cut off at Mombasa, as was initially reported.