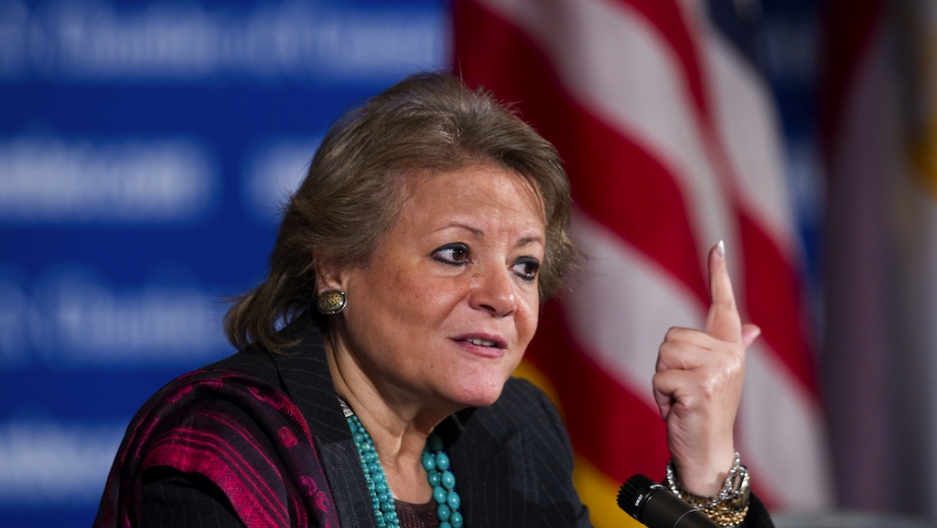 CAIRO, Egypt -- The first hearing of a politically-charged trial against employees of foreign-funded NGOs kicked-off to scenes of disorder and chaos in a Cairo courthouse today.

In a packed session that last several hours, members of the press jostled for space while protestors - both for and against the defendants - gathered and chanted outside.

At one point, the presiding judge left the courtroom because he was so frustrated by the racket. One of the defendants, held in the dock behind a black-steel cage, lit up a cigarette while waiting to enter his plea.

It is hardly without surprise that the proceedings opened with such mayhem. In a high-profile case that has threatened ties between Egypt and the US, forty-three defendants, 19 of them Americans, are now on trial for their democracy-promotion work with foreign NGOs here.

US lawmakers have threatened to cut aid to Egypt if the trial continues.

Only 16 defendants, none of them American, showed up to court today to plead "not guilty" to charges of receiving foreign funding as employees of illegal NGOs (none of the NGOs are officially registered in Egypt, according to the law). The aid workers could receive between six months and five years in prison, depending on their rank, if found guilty.

Many of the Americans charged are hiding out at the US embassy in Cairo.

As has been the case since the NGOs were raided in Dec. 2011, some of the other charges were unclear. But prosecutors have said the aid workers were seeking to influence the political environment in post-revolution Egypt, in language that resonates with nationalists and those worried about foreign infiltration of Egypt's borders. (They were also apparently incriminated by a couple of maps).

Prior to the hearing, the aid workers' lawyers said they had yet to see any of the 2,200 pieces of evidence used by prosecutors in the case.

Read more from GlobalPost: Is Egypt's military worse than Mubarak?

The judge released the defendants without bail, and adjourned the trial until April 26. As the session ended, supporters of the defendants chanted "down, down with military rule."

And the circus continues.