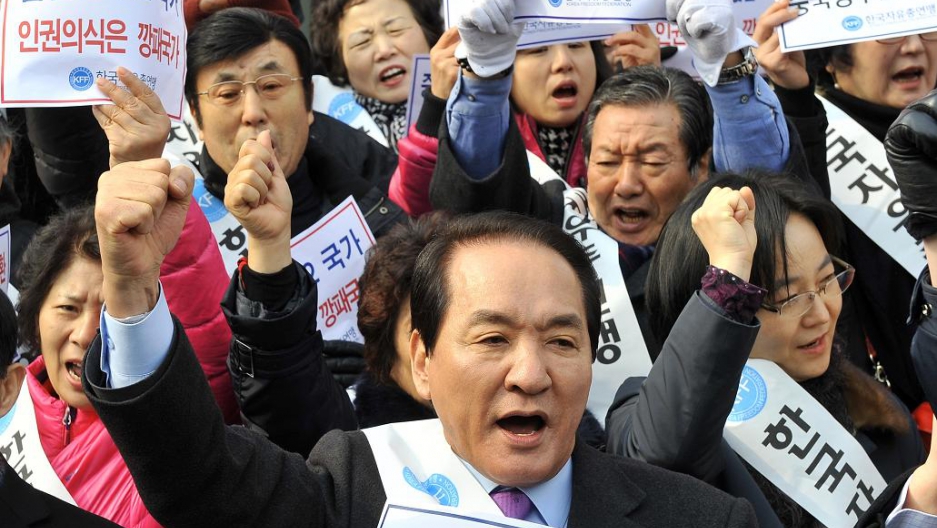 South Korean media is reporting that China has sent nine North Korean defectors home, despite warnings their lives are at risk.

The Yonhap news agency says that the refugees were sent back last weekend.  It says that about 30 North Korean other refugees have been caught by Chinese authorities this month and are awaiting repatriation.  The Chosun Ilbo puts the figure at 200. It quotes the defectors' group North Korea Intellectuals Solidarity as saying that the refugees may be killed once they arrive back in North Korea.

"Security forces and senior party officials are intimidating and threatening their families. Rumors are spreading that they will be executed to set an example," the group reportedly said.

Activists demonstrating in the South Korean capital of Seoul also warned that the fugitives face severe punishment if forced to return to the North.

The reports of repatriation come despite a statement from the South Korean President Lee Myung-Bak on Wednesday, asking that North Koreans be treated in line with international rules.

More from GlobalPost: For refugees in China it pays to be from Burma not North Korea

Asia One said the South Korean government was considering issuing a certificate of South Korean citizenship to North Korean defectors as part of efforts to stop China from forcibly repatriating them.

The Korea Times says the resolution was submitted by Park Sun-young, who staged a hunger strike for several days in a push to get the support of his fellow legislators.

It condemns China forced repatriation of defectors and calls on Beijing to follow the international law on refugees.

Seoul would not confirm the reported repatriations but said it would raise the issue for the first time at a meeting of the UN Human Rights Council in Geneva next week, according to the news agency.

More from GlobalPost: Pro-North Korea activists stick it out in Seoul