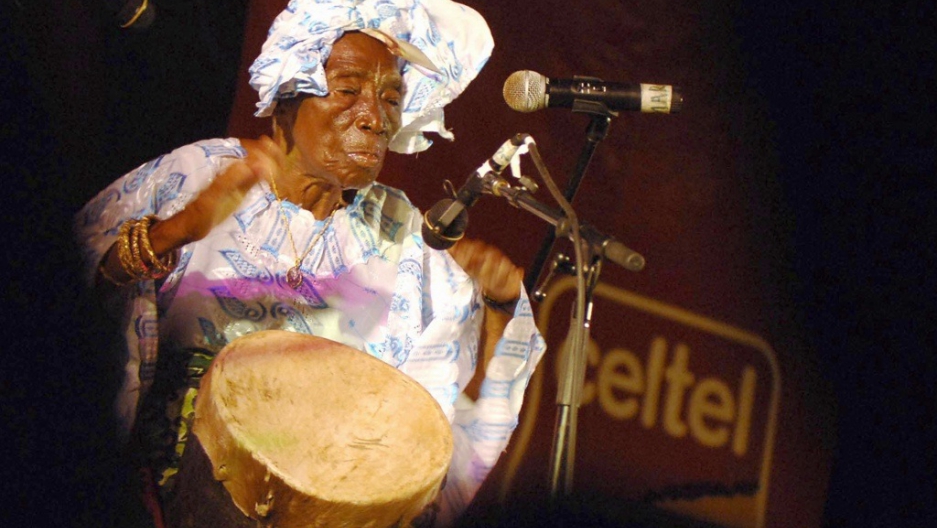 STONE TOWN, Zanzibar — The heat was punishing, the music reverberating and drinks flowing inside the walls of the 400-year-old fort.

Zanzibar's Sauti Za Busara was anything but a typical cultural event in this normally laidback island holiday destination and conservative Muslim archipelago that sits off the coast of Tanzania.

Perhaps the only music festival held in a UNESCO World Heritage Site (Stone Town was designated in 2000), the festival venue is in the city’s Old Fort, built in the 17th century by the Omani sultans.

“African music under African skies,” was the slogan this year, the ninth annual festival.

Busara showcased an eclectic and electric mix of performers from across the continent this year. The lineup, like the previous three years, hosted 20 Tanzanian/Zanzibari bands and 20 from the rest of Africa.

Busara was a non-stop aural explosion of drumming, dancing and singing, from the Arabic-rooted Taraab music of Zanzibar legend Bi Kidude, who began her music career in the 1920s, to the rhumba dance rhythms of Kenya’s Super Mazembe and traditional Sudanese music of Camirata Group.

The crowd favorite, however, was easily Nigeria’s hip-hop/afrobeat superstar Nneka, who kept the fort packed until late Saturday night with powerful political and social commentary intertwined with hits from her newest album “Soul Is Heavy.”

Busara has succeeded in becoming a popular cultural event, but its future is in question.

In 2009, Busara Promotions, the nonprofit organization which runs Busara with a mission to “promote and develop opportunities for local and international music and performing artists within the East African region,” was criticized for straying from its roots as a festival founded to “promote Swahili culture.” Bloggers argued that the festival had lost its focus and appeared to be mortgaged to donor interests.

Since then, it seems the festival has become more aware of both its branding and musical spectrum, changing their aim to now “bring people together and celebrate the wealth and diversity of African music." In other words, more than just Swahili music.

Yet the subject of donor interests, and more broadly speaking the financing of the festival, remained a thorny topic at this year’s festival.

Tanzania's President Jakaya Kikwete stated in 2010 that the festival brings a “significant boost for the local economy,” citing government statistics that show the number of visitors to Zanzibar during February has increased “more than 400 percent since the festival began.”

“Festivals invigorate young people’s interest in local culture, give opportunities for artists and music professionals to meet and learn from each other, keep traditions alive, create employment for local people and promote Zanzibar as a model for responsible tourism — that honors and respects local culture,” said Yusuf Mahmoud, the Busara festival director.

Despite the undeniable surge in tourism — hotels are all booked and bars are packed during the event — local support and funding have deteriorated in recent years.

The reason for international funding woes can be traced to the global economic downturn, which heavily affects arts and cultural funding.

And it is easy to understand why there has been a decline in local support, if you look into the current state of the festival. Most of Busara’s attendees are foreigners who, like at any international music festival, tend to get a bit drunk, loud and, in worst-case scenarios, culturally insensitive.

While the lifeblood of Zanzibar’s economy is tourism, it remains a conservative Muslim island. Locals would certainly prefer honeymooners relaxing on the stunning beaches and crystal blue waters, instead of rambunctious partygoers.

Each musical act is checked by the local council, to make sure their messages, lyrics and music videos are culturally appropriate.

Busara Promotions and the festival’s founders appear to be walking a fine line between being locally sensitive and promoting Swahili culture and attracting the international attention and attendance they need to continue.

It's a difficult balance, with local residents able to attend at less than $2 a day (or free if they come before 5:30 p.m.) and $26 for foreigners. Many Zanzibari families drop by in the early afternoon when more of the traditional music is performed, but then typically clear out before sunset. There’s no way the local patrons could financially support the festival’s international acts.

Ironically the festival's growing size and success has contributed to its problems on the cultural and financial fronts.

There are rumors that the event could be shifted to mainland Tanzania's largest city, Dar es Salaam, as early as next year. This would fundamentally change the nature of the event. An international music festival in a stunning World Heritage paradise is a bit more attractive to both donors and tourists than one in a congested African city.