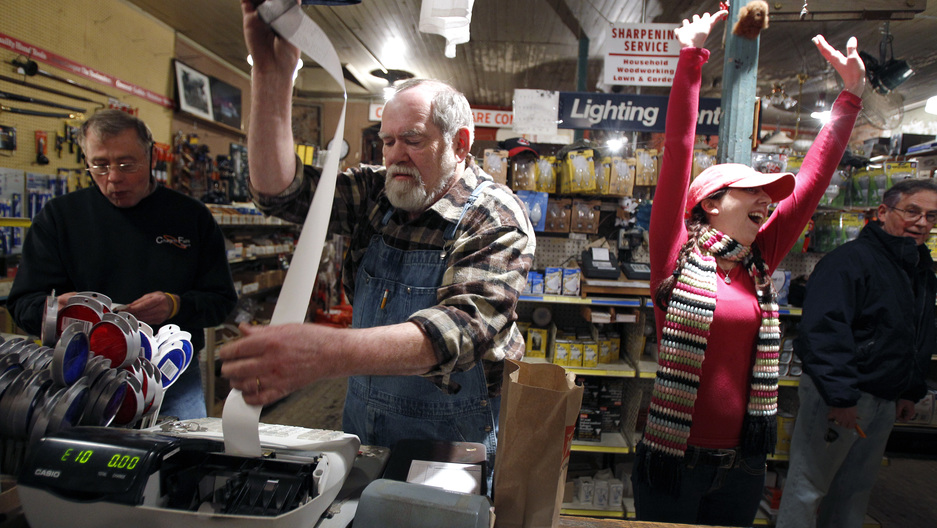 You’ve heard of flash mobs, where people appear to randomly gather and break into elaborate song and dance routines.

But now, a new phenomenon, called “Cash Mobs,” is spreading.

Instead of breaking into song, members of cash mobs break open their wallets to spend money at locally owned businesses.

Since starting last year, cash mobs have been organized in 32 states and Canada. But unlike flash mobs, which are generally entertaining and trivial, they come with a serious purpose.

The idea is the brainchild of Buffalo blogger and engineer Chris Smith, who said that Cash Mobs are sort of a reverse Groupon. Instead of offering people bargain-basement deals, people pay the regular price to support retailers in their communities.

In a time where many small, local businesses are struggling, victims of a fallen economy, the concept is a financial relief, serving to bring communities together.

Smith said cash mobs are a chance for business owners to begin building a longer-term relationship with customers.

He also wants consumers to rethink the value of locally owned stores.

Since he launched the first cash mob in August at a Buffalo wine shop, the idea has caught on.

In Warwick, R.I., Annie Johnson of “Anything Goes” said about 35 people came to her store for a recent cash mob.

“It was a total surprise to me,” Johnson saod. “I thought, ‘Oh my God, I can’t believe this is really happening.’ ”

Johnson, whose store features the work of 50 local artists, said the cash mob exposed new customers to their goods.

“We’ve already had people return,” Johnson said. “We’ve had people who couldn’t come to the original cash mob come into the store because they want to support the concept.”

“We just want to keep paying it forward, “ she explained.

The formula is straightforward: People commit to spending at least $20 each at a local business to help expose and market it, which brings in new customers.

Like flash mobs, cash mobs are organized using social media sites such as Facebook and Twitter. As their popularity has spread, they have received publicity from conventional media through announcements in the newspaper or on the radio.

The trend is creating a buzz across the country. Facebook community pages for groups such as, "San Diego Cash Mobs”, “Kenosha’s Cash Mob” in Wisconsin, and "Orkney Cash Mob" in the United Kingdom, are increasing in popularity. On Twitter, there are even more cash mob pages, and the cash mobs list of "blogs near you" includes locations in over 30 states and Canada.

A group in Cleveland started a website with “Mob Rules” to help other communities get started. One such rule recommends choosing stores that are locally owned and that give back to the community in some way. They’ve even declared March 24 as National Cash Mob day.

The group also encourages socializing and community bonding. Mob Rule No. 8 is: "The business must be within one block of a locally owned watering hole," and Rule No. 9 states: "Cash Mobbers must join us for celebratory drinks after the successful mob."

Mobbed businesses are chosen via social media. People nominate retailers over Twitter and Facebook, and after a week of nominations, are asked to come back and vote for the top three businesses. From those, a winner is selected. The business is contacted ahead of time so that it can prepare for the influx of shoppers.

As for the original cash mobber, Smith said he hopes to do something of a mash-up next time, where he infuses some of the music of flash mobs with the shopping from cash mobs creating a whole new experience.

He said that in his experience, each business has reported they’ve been able to maintain relationships with customers and benefit from the cash mobs.

“It’s not just about the money that comes in that day, it’s about a real small business that doesn’t have a lot of money and a marketing budget. They get a little earned media coverage they wouldn’t normally get that allows them to establish themselves a little bit more,” he said.