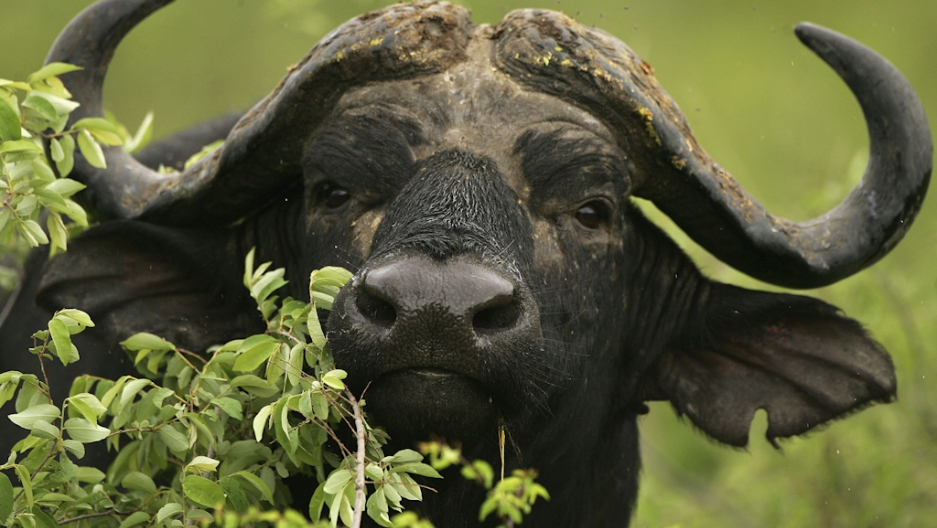 JOHANNESBURG, South Africa — A suspected poacher has been killed by a buffalo at Kruger National Park.

The 35-year-old man was trampled to death last night by the Cape buffalo north of Punda Maria rest camp, near the park's northern borders with Zimbabwe and Mozambique.

"Apparently there were three men and two of them ran away," Kruger park spokesman William Mabasa told the South African Press Association.

While Mabasa could not confirm that the men were poachers, he said: "But you could ask yourself, what would you want in the park at night without coming through the gate?"

In 2010, a poacher was killed by a lion at Kruger park. He had entered the park with two other men, to set up snares to catch animals.

South Africa is fighting a battle with poachers that are targeting the country's rhino population, killing them for their horns. The horns are then smuggled to Vietnam and China, where they are used to cure cancer, fever and headaches, although experts say they have no medicinal value.

The South African government announced Sunday that it will be deploying hundreds of extra troops along its borders with Zimbabwe, Swaziland, Lesotho and Mozambique to try and stop poaching and cross-border crime syndicates.

This will mean a total of seven military companies, or 1,050 troops, stationed on South Africa's borders. Among them are army engineers that will be repairing the Zimbabwe-Mozambique border fence.

Last year troops were deployed along the Mozambican border, many of them inside Kruger park, a vast reserve that has been hard hit by rhino poaching.