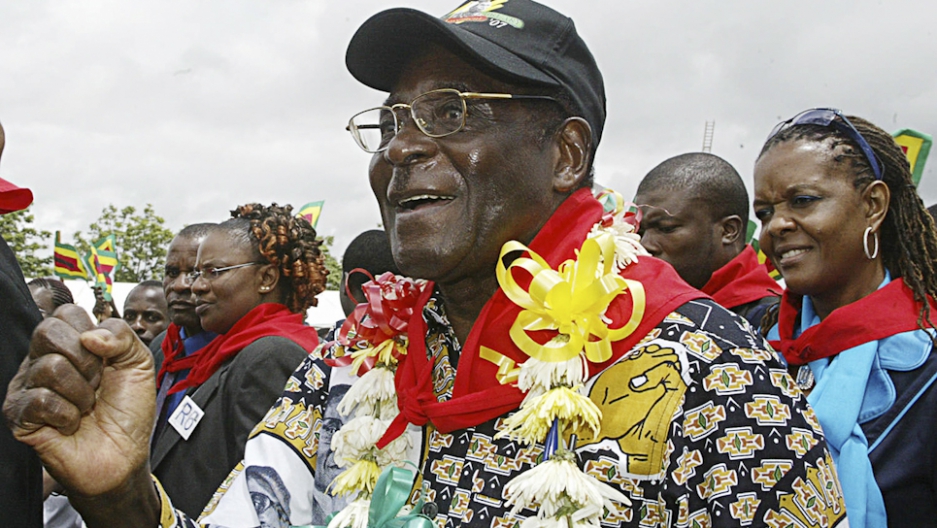 Mugabe goes for a trendy boho layered look on his 83th birthday in 2007, with a patterned shirt, flower lei and red communist-style neckerchief. This was the year that shops in Zimbabwe ran out of bread on Mugabe's birthday.
Credit: DESMOND KWANDE
Share

Mugabe is expected to celebrate his Feb. 21 birthday with an oversized cake, the usual tradition, followed by an over-the-top rally this weekend in the eastern border city of Mutare, at an estimated cost of $1 million.

Zimbabwe's provincial governments have been forced to cough up for the annual birthday celebrations, which this year will include a soccer tournament (dubbed the "Bob 88 Super Cup"), a beauty pageant and a concert featuring Zimbabwe's top musicians, South Africa's Mail & Guardian reported.

Some 5,000 members of Mugabe's ZANU-PF political party are to attend the festivities.

The Zimbabwean president's health is a constant source of speculation, but in an interview with state-run Radio Zimbabwe broadcast on the eve of his birthday, Mugabe declared he was "fit as a fiddle" and joked that he has "beaten" Jesus Christ.

"The day will come when I will become sick,"  Mugabe said. "As of now I am fit as a fiddle."

Mugabe is believed to be recovering from prostate cancer. Last year he traveled to Singapore and Malaysia at least nine times, which his spokesmen said was for check-ups following the removal of cataracts.

Mugabe's poor health is said to be a reason for the push to hold elections this year. Mugabe has already declared his candidacy.

In his Radio Zimbabwe interview, Mugabe joked about media claims that he was ill.