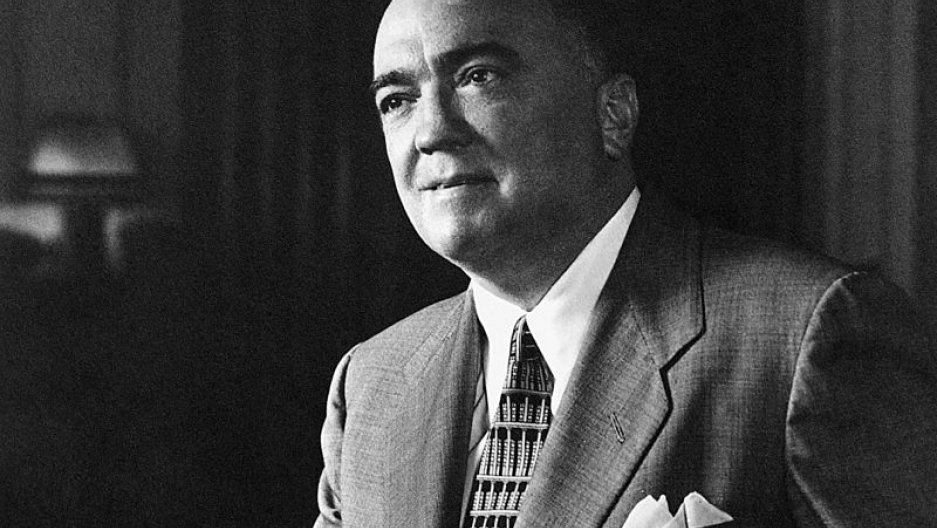 J. Edgar Hoover was the longest-serving agency director. According to author Tim Weiner, Hoover was the designer of many of the counterintelligence tactics that are utilized today. (Photo courtesy of the FBI.)

The FBI is unquestionably part of the lore of America, even if its tactics and motives sometimes raise questions.

The FBI was formed in 1908 and directed by J. Edgar Hoover from 1924 until his death in 1972. Hoover’s notion of enemies of the state and anti-communist sentiments developed early on in his career.

“Back during World War I, when he first joined the justice department and began forthwith constructing the mechanics of mass arrest and detention,” author Tim Weiner said. “He led the first great raids against Reds (Communists) in this country and summarily arrested at least 6,000 people.”

Hoover’s powerful devotion to national security stemmed from his belief that he and the FBI were the only forces capable of protecting a nation under siege.

“Hoover’s war, which went on all his life, from World War I until his death in 1972, was an all-out war in which there was no holds barred,” said Weiner. “He felt that only he and the FBI stood between safety and the overthrow of the government of the United States,”

In the 1960s, Hoover’s vision for a secure America was tested by numerous social movements working to overthrow the status quo. The FBI accused anti-war protestors, civil rights activists, gay men and women, and liberals of collaborating with the Soviet Union to bring down America.

In an interview with Fresh Air’s Terry Gross, Weiner said that Hoover disregarded privacy protections mandated by the constitution in order to obstruct the activities of Dr. Martin Luther King Jr. He ordered the FBI to bug King’s bedroom and repeatedly blackmailed the civil rights leader.

"When it came down to bugging bedrooms, you had to be careful not to get caught, but there wasn't anything to stop him," Weiner said. "He decided up to a point ... where the boundaries of the law [were] when it came to black bag jobs, break-ins, bugging, surveillance, the constitutionality of gathering secret intelligence on America's enemies — both real and imagined."

In his book, Weiner identifies how Hoover’s irrepressible dedication to American security has shaped contemporary politics. He argues that the impulses of the Bush administration after Sept. 11 were not a radical departure from earlier policies already implemented under Hoover.

“Hoover is the inventor of the modern American national security state. Every fingerprint file, every DNA record, every iris recorded through biometrics, every government dossier on every citizen and alien in this country owes its life to him. We live in his shadow, though he's been gone for 40 years."