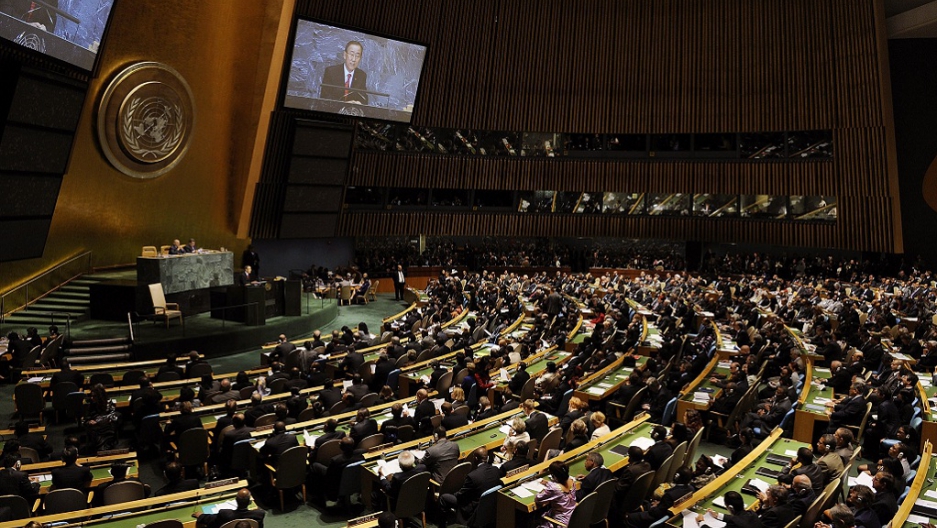 After the battle over SOPA in the US House of Representatives, “internet governance” is a term that carries with it heavy weight and emotion among online activists and casual users alike.

But later this month, a UN diplomatic process will begin that some countries — notably China and Russia — hope will result in stiff internet restrictions, according to an op-ed published in the Wall Street Journal, written by Robert M. McDowell, a commissioner of the US Federal Communications Commission.

McDowell points out that the new system would "upend the Internet's flourishing regime" which protects the web from economic and technical regulation. Countries like Brazil and India, are "particularly intrigued" by the proposals, McDowell writes; he warns that opting out of the current governance regime, established in 1988, could result in a "balkanized" internet.

Traditionally, the internet has thrived and evolve as a space for free expression and the sharing of ideas, especially where it is free from government regulation and censorship. The current initiative would expand international governance of into areas currently unregulated.

Russian Prime Minister Vladimir Putin, one of the proposed treaty's most enthusiastic backers, has stated the need to establish “international control over the internet."

The web's biggest moguls have long been outspoken in resisting greater international regulation of the medium.

In 2010, Google’s "Chief Internet Evangalist" Vint Cerf, known to some as “the father of the internet," came out in opposition to proposed changes to the current regulation of the internet.

In December 2010, Cerf blogged: "Today, I have signed that petition on Google's behalf because we don't believe governments should be allowed to grant themselves a monopoly on Internet governance. The current bottoms-up, open approach works — protecting users from vested interests and enabling rapid innovation. Let's fight to keep it that way."

Some of the proposals for the proposed UN treaty conjure up big brother images among internet users and big web companies alike.

The commissioner of the Federal Communications Commission (FCC) highlighted some of the ideas being discussed, put forth by members of the 193 nation International Telecommunication Union (ITU), at conference earlier this month, as follows:

• Allow foreign phone companies to charge fees for “international” Internet traffic, perhaps even on a “per-click” basis for certain Web destinations, with the goal of generating revenue for state-owned phone companies and government treasuries across the globe

More from GlobalPost: Who will the internet vote for in November?

• Establish for the first time ITU dominion over important functions of multistakeholder Internet governance entities such as the Internet Corporation for Assigned Names and Numbers, the non-profit entity that coordinates the .com and .org Web addresses of the world

• Subsume under intergovernmental control many functions of the Internet Engineering Task Force, the Internet Society and other multi-stakeholder groups which establish the engineering and technical standards that allow the Internet to work

Treaty negotiations will begin in Geneva on Feb. 27. Unlike the UN Security Council, member states on the ITU do not have veto power over treaties and resolutions, only a simple majority is needed to make this treaty law. The US has yet to assign a delegate to negotiate the terms of the treaty.

Internet activists have so far not yet reacted to news of the potential treaty, which could perhaps be called the international version of SOPA.

Editor's note: This post has been updated to correct several innacuracies.