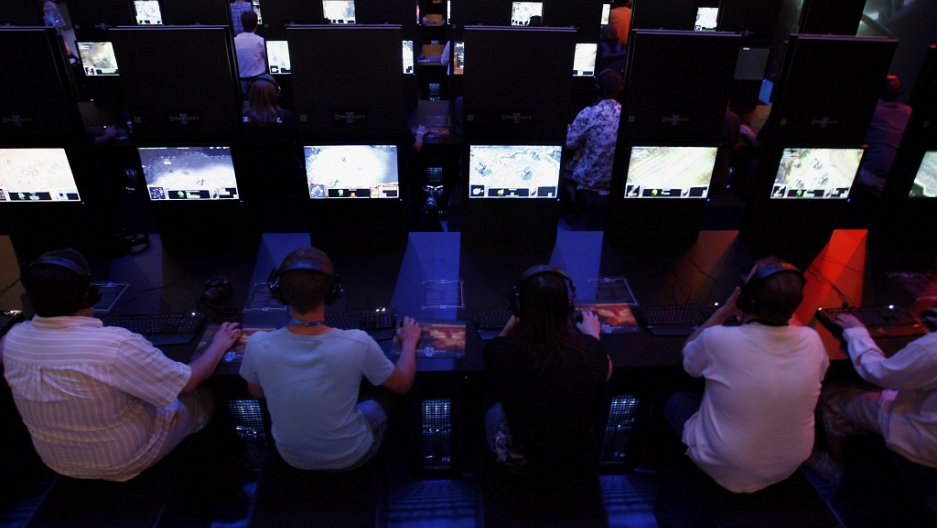 Visitors play at the 'Starcraft' stand of U.S. video game company Blizzard Entertainment during the 'gamescom', Europe's biggest trade fair for interactive games and entertainment on August 19, 2009 in Cologne, Germany. The inaugural gamescom in Cologne is a five-day games expo for consumers and trade.
Credit: Alex Grimm
Share

The biggest motivation for the advancement of computer technology is, more often than not, the hardware demands of new video games. As hardcore gamers run out to buy the latest pieces of hardware for their Skynet level computers, the cost for top of the line equipment is driven down.

A report on Wake Forest University gives a glimpse into the lab of biophysicist Samuel Cho, where he uses advanced GPUs (graphics processing units), to simulate cellular life. In the simulations, Cho can see the hidden states in the folding and unfolding of the RNA molecule in human telomerase enzyme found in cancerous cells, giving scientists a more accurate view of how the cellular molecule functions for the first time.

More from GlobalPost: Who will the internet vote for in November?

“If it wasn’t for gamers who kept buying these GPUs, the prices wouldn’t have dropped, and we couldn’t have used them for science,” Cho says in the report.

Researchers hope to develop a new drug that would stop the human telomerase enzyme from adding onto the DNA of the cell, so the tumor dies.

The report states that Cho, an assistant professor of physics and computer science, has turned his attention to gaming technology and the bacterial ribosome – a molecular system 200 times larger than the human telomerase enzyme RNA molecule. His research group has begun to use graphics cards called GPUs to perform these cell simulations, which is much faster than using standard computing.

“We have hijacked this technology to perform simulations very, very quickly on much larger biomolecular systems,” Cho says.

Without the GPUs, Cho estimated it would have taken him more than 40 years to program that simulation.

Now, it will take him a few months.

More from GlobalPost: After victory over SOPA, the internet is back on the defensive

The results of the research with appear in the Journal of the American Chemical Society.

The time has come for angry wives and girlfriends, bosses and supervisors, to realize the good deeds of gamers as they spend hours in front of their computers. Not only are they killing dragons and demons, but they’re also killing cancer.

So, give it a rest and let us game, for health’s sake.