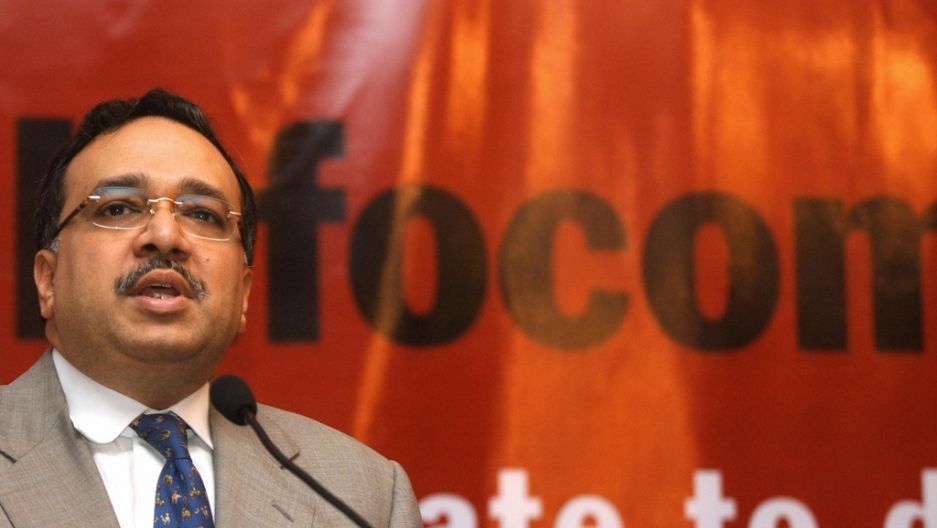 NEW DELHI — Pramath Sinha, the founder and managing director of 9.9 Mediaworx, consulted with the Indian government and the country's largest companies for 12 years as a partner at McKinsey & Co., where he helped to build the firm's India practice.

A highly respected adviser who knows virtually everybody who matters in India, Sinha's diverse experience assisting clients in industries ranging from infrastructure to information technology in both America and Asia gives him rare insight into India's business climate and the inner workings of its blue-chip firms.

In 2001, he took leave from McKinsey to become the founding dean of the Indian School of Business (ISB), the first Indian institution to be included among the world's top 20 business schools by the Financial Times. After leaving the consultancy business, he headed one of India's largest media conglomerates as the CEO of ABP Pvt. Ltd., before starting his own media firm.

GlobalPost: We keep hearing that India's economic reforms have stalled, the government is paralyzed, inflation is out of control. Do these negative signals mean the shine has come off the India story?

More from GlobalPost: In India, is growth enough?

We are slowing down, and we will continue to peter out. It's obviously disappointing given our potential. The potential could easily be 10 percent. As a CEO I feel sad that we are underperforming against our potential, and frankly this was a solvable problem.

What, then, are the biggest threats to the India story? Are they solvable problems?

There's a real crisis in the leadership in this country, and the challenge is that it's spread across all parties, or at least the two principal parties. It's clear that the current set of leaders can't pull them through, and it's not clear who will be the next leader, and therefore everybody is trying to jockey to be the next leader and pull each other down to size. Unless one of these large parties gets their act together, managing coalitions and managing their own pulls and tugs is going to impact decision-making, policy-making and the continued reforms we need in this country.

In what areas does India seem to despair of any solution?

Some people argue that inequality doesn't matter, as long as incomes are increasing.

If you look at what is happening with the Maoist movement, it's telling that [the simmering civil war that the prime minister has
called the biggest threat to India's security] is happening in that half of the country [the northeast]. Economists always draw a diagonal line from the northwest to the southeast, saying this is the part of the country that is in the dark ages, where it's like sub-Saharan Africa, and this is where we have the Maoist problem. There's a war going on there, and we don't even hear about it. There are body bags coming out of the northeast, right from Chhattisgarh to Bihar to Uttar Pradesh every day. Every day people are counting how many dead, and we don't even recognize it.

What are some of the business opportunities that remain exciting?

Anything that feeds on the consumption boom and further fuels that boom, whether products or services, are all opportunities. Retail, food, education, health, all these essential services, are going to be tremendous. But investors will have to be patient. The venture capital firm that invests in my company calls it “patience capital.”

What do you mean by that?

You will grow, you will have opportunities, but you have to be prepared. The rules of the game will change, as they just have for telecom investors in India [with the Supreme Court decision to revoke 122 telecom licenses tainted by a corruption scandal], policies will not move quickly, local companies will provide unfair competition. All of those challenges will happen. It's a tough market.

Does that mean India is a more viable target for the big multinationals? Or are there good opportunities for small- and medium-sized enterprises as well?

I think there's a vibrant opportunity for small and medium enterprises also. Large multinationals always have a problem scaling up in India. The individual markets are still relatively small. So large multinationals come in and expect India to be huge and deliver hockey-stick growth. Then it doesn't happen, and then they get disappointed. So to some extent this is a better market for the small- and medium-sized, because for them it's just easier in terms of scale, and their energy and drive, to get stuff done.

In your experience with McKinsey, what were the most common misconceptions you confronted with other CEOs?

The most common misconception was that people came into India with a certain business model or a certain product and assumed that people here were just waiting to buy it. They did not realize or understand that our consumers are quite distinct in their own right and don't settle for a prepackaged product. They just assumed that if people around the world were buying it, why wouldn't Indians buy it, too.

What advice did you give them?

Your strategy has to be India out. What I mean by that is you have to take an approach that says: “How do I customize my entire model, right from the product to my business system, to the Indian context?” Of course you bring in best practices, you bring in your core technology, or your distinctiveness. But how do you make sure that you are sufficiently adapted to the local context? The fact is that it's easier to take your product from the United States to Latin America or Russia or Hungary than it is to bring it to India.

We've seen that with Ford and General Motors rethinking the cars they're selling here, and Pepsi putting more muscle behind its local brands like Lehar.

The second thing is that people underestimated the quality of local competition. Often, people didn't realize that there were very strong and vibrant Indian companies that would give them a run for their money. In all kinds of sectors. If you think about it, a Vodafone or an AT&T or a Verizon, when they first came to India, they didn't anticipate that a Reliance or a Bharti would give them such a big run for their money. Or an airline [such as AirAsia] didn't expect that an airline like Jet Airways or an Indigo would give them so much competition.

Speaking of Vodafone and Reliance, what signals do you read in the recent Supreme Court judgements, canceling 122 telecom licenses associated with the 2G telecom spectrum scandal?

Both these judgements show that there is a strong, thinking, legal resource that's independent from the government. People always talk about the sanctity of our judicial system and both these cases have affirmed that. That's the good news. The bad news is that they showed that the government doesn't know what it's doing. The courts are basically saying, “Hey guys, follow the rules. You make the rules. Why are you not following the rules.”