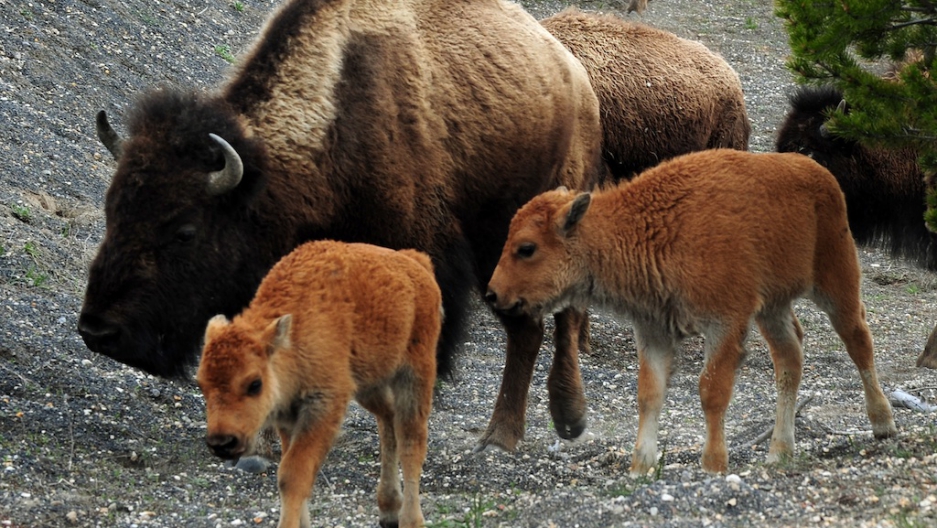 When grooms are picking the best man for their weddings, they typically want the friend who is the most loyal. For Ronald Bridges, that meant choosing someone who was big enough to trample him, but chose not to.

Married couple Ronald and Sherron Bridges had their pet buffalo, Wildthing, be the best man when they renewed their wedding vows on a Texas ranch, the Daily Mail reported Saturday.

More from GlobalPost: Yellowstone National Park could get rid of 360 bison

"We are always aware that he is so big that he could hurt us with a swing of his head, so we are careful," Sherron Bridges told the Daily Mail. "But Wildthing absolutely dotes on Ronald - that's why he chose him to be his best man when we renewed our wedding vows. Wildthing follows him round like a shadow."

Ronald Bridges had tamed Wildthing when the animal was just a calf.

The Bridges are not the first couple to make headlines for keeping a tame buffalo as a pet.

In October, NPR reported on a couple in Canada and its beloved 1,800-pound buffalo.  Owner Jim Sautner brings his pet buffalo to bars and other neighborhood hangouts.