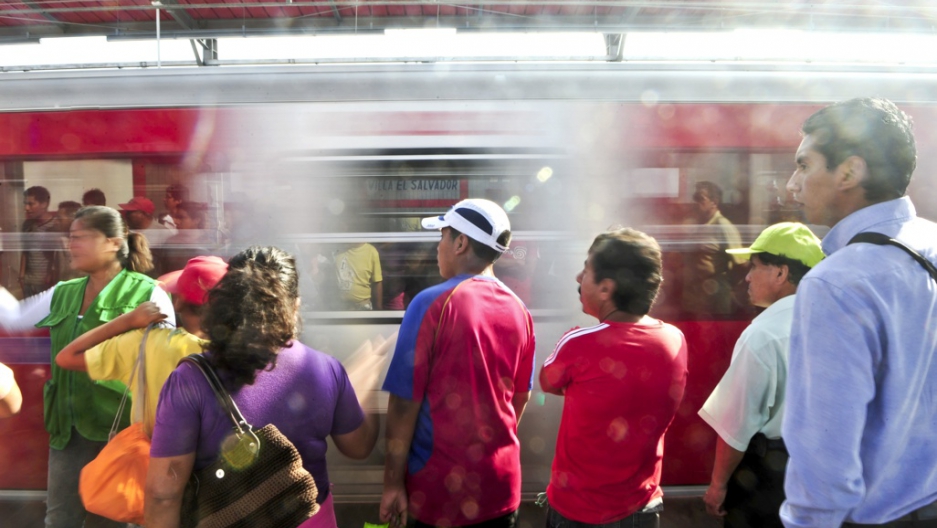 LIMA, Peru — First, the hammer blows ring out across the neighborhood. Then the cement mixer begins its deafening rumble. It is 8 a.m. on a Saturday morning.

Here in Miraflores, one of Lima’s more desirable districts, Peru’s construction boom, driven by Latin America’s most dynamic economy, is underway once again.

From Miraflores to some of the most far-flung Andean provinces, Peruvians of all classes are doing better than ever before. Many are buying new homes — bigger, better homes, in nicer neighborhoods.

That in turn has sent property prices surging. In 2012, real estate in the capital is expected to increase between 20 and 30 percent, further fueling the construction boom, probably the most visible aspect of Peru’s economic miracle.

No Latin American or Caribbean economy grew more than Peru during the decade to 2011, with an average annual GDP increase of around 5.75 percent.

Even in 2009, as the debt crisis roiled other nations, Peru’s economy grew 0.9 percent. And Peru quickly emerged from the global recession unscathed and is now expected to grow by almost 6 percent per year in 2012 and 2013.

In the region, only Haiti, still recovering from a devastating earthquake, and Panama, are expected to do better.

The spectacular performance is rooted in record commodity prices — Peru is one of the world’s mining superpowers — combined with solid fundamentals and macroeconomic management.

Annual inflation during the decade was just 2.25 percent, a reflection of tight monetary policy, while public debt halved to around 20 percent of GDP.

Peru is also now running a fiscal surplus while its banking sector, virtually rebuilt from scratch during the dark days of economic catastrophe in the early 1990s, is regarded as among the healthiest in the region.

Meanwhile, an increasing number of trade treaties, including one with the US that took effect in 2009, have also helped maintain the momentum.

The upshot has been per-capita income tripling to almost $6,000, allowing millions of Peruvians to participate in the consumer revolution for the first time.

As a result, Peru is expected to double its current tally of 45 shopping malls in the next two years, according to Gonzalo Ansola, president of the ACCP, Peru’s national shopping center association.

“The growth is coming from new consumers. People are moving from sectors C to B, and B to A,” Ansola told GlobalPost.

Many of those new malls, comprising a total investment of at least $1.3 billion, will be appearing in small provincial towns. Previously, a shopping mall in Peru needed to serve a population center of around one million people to be viable. Now, it just needs around 200,000 people.

Not all Peruvians are sharing in the good times.

“Lima and the coast is where the modern sector and most development have been concentrated. This contrasts with the big pockets of poverty that still exist, above all in the rainforest and in the southern Andes.”

That increasing inequality led to the election of leftwinger Ollanta Humala as president in April 2011.

But despite the fears that Humala would become a Peruvian Hugo Chavez, the new chief executive has proved pragmatic, keeping Economy Minister Jose Miguel Castilla in his post.

He has also ditched his rhetoric of nationalizations for a new slogan of “growth with social inclusion,” apparently bent on following the model of former Brazil President Luiz Inacio Lula da Silva of using a booming market economy to fund social programs to aid the poorest.

Although there are massive amounts of foreign direct investment in Peru’s mining and hydrocarbons sectors, the rest of the economy is largely fuelled by Peruvian capital, which is also now starting to cross borders and invest in Ecuador and Chile, among others.

Yet there remain opportunities in Peru for foreign investors, according to Macroconsult’s Monge, particularly in infrastructure.

Peru is a relatively large country — three times the size of California — with some of the most challenging geography on the planet. There is a desperate need for new roads and better airports.

More deepwater ports would also allow Peru to make the most of its location on the supply line of Brazilian commodities to hungry Asian markets, particularly China.

Meanwhile, Peru has a desperate need to improve its national educational system, which is widely viewed as among the worst in Latin America, and ensure health care reaches all.

Contemplating Peru in 2030, Monge predicts: “The difference will be the quality of education; well-equipped schools, good teachers who are well paid and teach well, and whether we have good health care, so that we can tackle common illnesses and child malnutrition. That is what will make the difference to our level of development.”