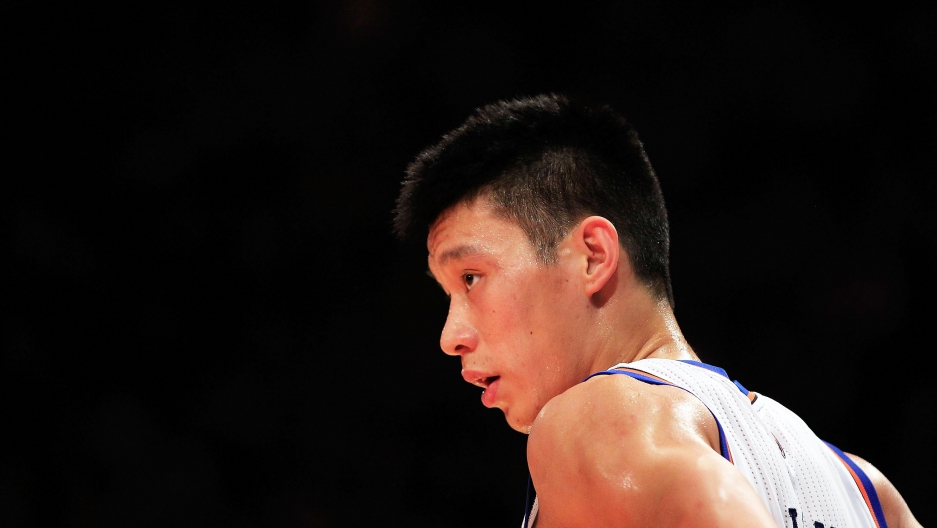 Basketball star Jeremy Lin's sudden rise to fame in the past two weeks has even turned his grandmother back in Taiwan into a celebrity. But Lin asked the media in Taiwan today to give his family privacy, Reuters reported.

During a press conference, a Chinese television reporter asked Lin about his grandmother.

"I love my family, I love my relatives," Lin responded, according to Reuters. "One special request I have is for the media back in Taiwan to kind of give them their space because they can't even go to work without being bombarded and people following them."

More from GlobalPost: Taiwan: Linsanity persists despite the end of the Knicks' winning streak

However, Lin's grandmother did grant an interview with the New York Times last week. “I know nothing about basketball. I only know when Jeremy puts the ball in the basket he has done a good thing," she told the Times.

And on Saturday she released Lin's baby photographs to Reuters.

Lin, the NBA's first Taiwanese-American player, was cut from two teams before he rose from obscurity to become a top player for the New York Knicks. On Sunday's game against the Dallas Mavericks, Lin scored a team-high of 28 points for the Knicks, Reuters reported.