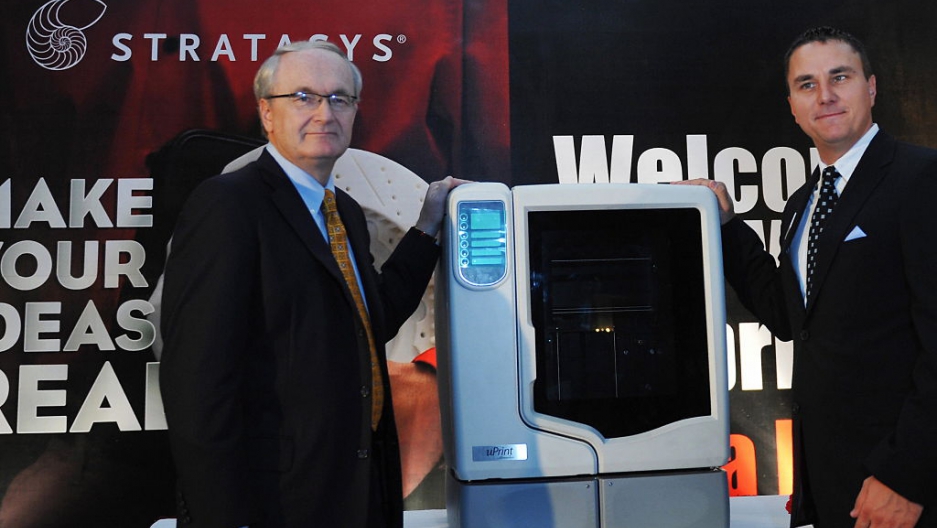 BRUSSELS — His team of doctors and engineers triggered headlines around the world last week by successfully operating to replace an elderly patient’s diseased jawbone with a prosthetic generated by 3D printing. Now Prof. Jules Poukens says that could be just the start of a bionic revolution.

“I think there are no limits to this,” Poukens said, adding that the digitalized three-dimensional printing technique can be used for larger bones and in the longer term, even organs.

“You can compare this to the first walk on the moon,” he said in a telephone interview. “We can replicate bones and even make them stronger than the original. It’s like the Six Million Dollar Man.”

Poukens’ Belgian-Dutch team announced on early February that they had achieved a medical first by using a 3D printer to create an exact replica of the patient’s jawbone made from powered titanium. In a four-hour operation, the implant was inserted to replace the 83-year-old patient’s severely infected original jaw.

The woman was able to leave hospital within three days after the operation and quickly recovered breathing, speech, chewing and sensation functions, announced the University of Hasselt, in eastern Belgium, where Poukens teaches. The shape of the woman’s face was also restored.

More from GlobalPost: Patient gets a new jaw from 3D printer

3D printing is more commonly used in the industrial design, aerospace and engineering. It prints out plastic or metal objects from digital files by building up layers of material that are shaped and molded together, usually using laser beams. Scientists say the medical applications could be enormous.

“Creating metal implants by 3D printing is a stepping stone to the printing of human tissue and body parts, the ultimate promise of the technology,” said Terry Wohlers, a leading expert in 3D printing based in Fort Collins, Colorado.

Poukens’ team and other researchers are now looking to use 3D printing processes to blend living bone cells from patients into ceramic “scaffolds” in order to promote tissue growth. The research could eventually be developed to build the whole range of bones. In the longer term, scientists hope more complex body parts could also be replicated.

“Some soft tissue, such as that for a bladder, has been produced successfully,” Wohlers told GlobalPost. “The eventual goal is to manufacture complete organs, such as kidneys and hearts. One the biggest challenges is the printing of blood vessels. Without vascularization, organs will not survive.”

More from GlobalPost: The Futurists: Clothing from milk

In the Belgian-Dutch case, the patient’s jaw was digitally scanned. Then the customized replica was created by the Belgian company LayerWise using a high-powered laser beam to fuse layers of the powdered metal together to build up the exact shape of the infected bone. It was then coated with bioceramic artificial bone to facilitate its integration into the body.

To have repaired the woman’s jaw using traditional methods would have involved using micro-surgical repairs using bone from another part of the woman’s body. Poukens says such an operation would have taken four times longer, with increased risk to the patient, a much longer recovery time and less satisfactory results.

“A half year on, the patient is doing really well,” he said. In the next two months, a fixed bridge and dental implants will be added to enable the patient to eat normally.

The operation was carried out in June in the southeastern Dutch city of Sittard, where Poukens works as a facial surgeon and was a joint effort by engineers and doctors from Belgium and the Netherlands. The team has also carried out five smaller operations using 3D imprints to repair skull defects and is now researching other applications of the technology for larger bones and blending with living cells.

“Computer technology will cause a veritable revolution in the medical world. We just need to learn to work with it,” Poukens said.