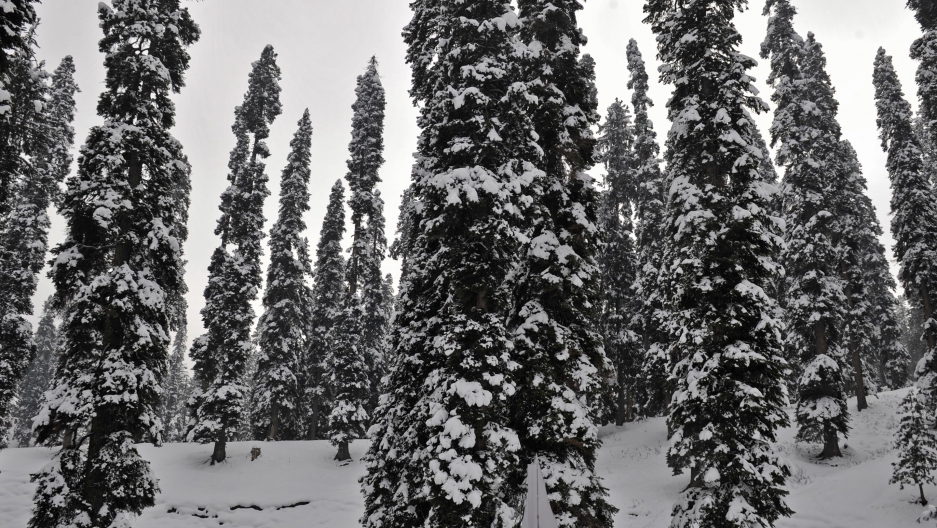 Three skiers in Washington state's Cascade Mountains were killed Sunday when an avalanche swept them down a canyon at a popular resort, although a fourth skier survived.

The four were among three groups of skiers — about a dozen people in all — making their way through a foot and a half of fresh snow on the back side of Stevens Pass northeast of Seattle when the avalanche hit, the Associated Press reported.

All were buried to some extent, but the men who died were swept approximately 1,500 feet down a chute, King County sheriff's Sgt. Katie Larson told the AP.

Other skiers in the group dug themselves out and managed to dig out the trapped skiers and perform CPR. However, the men were later declared dead, MSNBC reported.

Elyse Saugstad, a professional skier, survived by wearing an avalanche safety device that created a pocket of air.

Saugstad told NBC's TODAY show that she felt like she was in a "washing machine and being flipped and tumbled" after activating the device and being carried downhill.

"There wasn’t much sound," Saugstad said. "It literally was just trying to figure out within seconds of what exactly was happening and how I was going to deal with this. It was a very long ride and there was a lot of time to think."

In a separate incident in the Cascades on Sunday, a snowboarder died after triggering an avalanche that pushed him off a cliff, the Seattle Times reported.