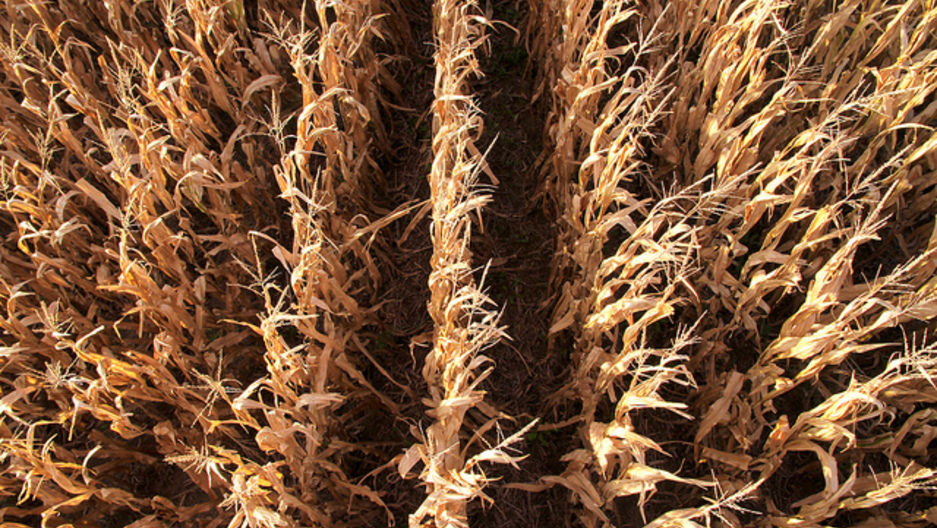 U.S. agricultural exports to China have surged in the past few years, with the state of Iowa benefiting the most. Chinese Vice President Xi Jinping's trade deals with the U.S. are expected to reach record totals.

U.S. agricultural exports to China have surged in the past few years and many states are benefiting from the increased trade. But especially Iowa.

In his first visit to Iowa in nearly 30 years, Chinese Vice President Xi Jinping this week agreed to purchase $4.31 billion worth of U.S soybeans in a meeting at the World Food Prize Center in Des Moines, Iowa.

The agreement secures the purchase of 317 million bushels of soybeans from Iowa farms, Bloomberg reported.

Virgil Schmitt, a field agronomist at Iowa State University, said China buys $7 billion worth of products a year from Iowa.

“We export about a third of the products we produce here, and of that China consumes about 15 percent of that… China is our largest customer,” he said.

Schmitt said half of what Iowa sells to China is soybeans, a quarter is corn, and a quarter is pork and beef products.

In fact, the U.S. has seen a 50 percent increase in Chinese corn purchases since 2010. Demand for soybeans has increased as droughts last year damaged crops in Brazil and Argentina, the two biggest agricultural exporters, after the U.S.   According to Bloomberg, The USDA estimates that China probably will increase purchases from all suppliers by 62 percent in the next decade to 90 million tons from a projected 55.5 million this year.

“The Chinese people are becoming more affluent, they are demanding more and better quality products, and we are able to supply those to them” Schmitt explained.

The  trade agreements were signed during Xi's two-day visit to Iowa, part of his four-day trip to the United States. His first stop in Iowa was in Muscatine, the farm town he visited on an agricultural trade mission in 1985. Xi, who is expected to become the next president of China, traveled from Iowa to Los Angeles for additional meetings.

Iowa is the number one corn, soybean and pork producing state in the country, and to respond to Chinese demand, they’ve had to devote more of their land to soybeans and corn, at the expense, Schmitt said, of hay and pasture fields.

Iowa State agricultural economist Chad Hart said farmers like this trade because assuming that the supply stays the same, prices increase. That also means that Americans are paying higher prices, but in Schmitt's opinion, the cost is miniscule.

“If we look at the value of the corn in a box of corn flakes, that probably translates to about one cent, as our markets go up. Because the vast majority of the cost in that box of corn flakes is in the processing and packaging and shipping,” he said.

Though some may be concerned about the possibility of an export bubble burst if China decides to grow its own crops, Schmitt said that there is no need to worry.

"China only does have so much land. If people shift their production from one crop to another, then demand in one crop might decrease, but we would expect that would be offset by an increase in demand in other areas," Schmitt said. "People would expect that the mix of trading would change, but assuming that we stay on good terms with the Chinese, most people believe that we are going to have a fairly healthy relationship with them."

Iowa expects more soybean commitments from China. Officials say the deals could add up to a record amount of U.S. soybeans — 12 million tons — being sold to China this year.