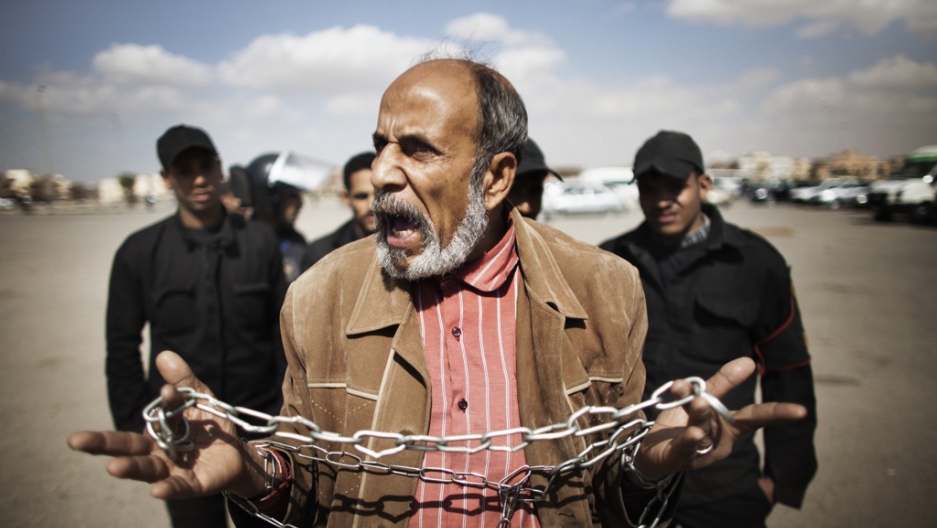 An Egyptian protester holds a chain as he shouts slogans against ousted Egyptian president Hosni Mubarak outside the police academy in Cairo where his trial is drawing to an end on February 16, 2012. The verdict in the trial of Mubarak will be announced on February 22, presiding judge Ahmed Refaat said.
Credit: MARCO LONGARI
Share

Who will have the lucky chance to follow in Mubarak's footsteps and be Egypt's next president? Or... not really.

Under increasing pressure to handover power, Egypt's military junta has again moved up the country's presidential elections, this time to May.

But with a posse of mostly uninspiring candidates, a clear frontrunner has yet to emerge.