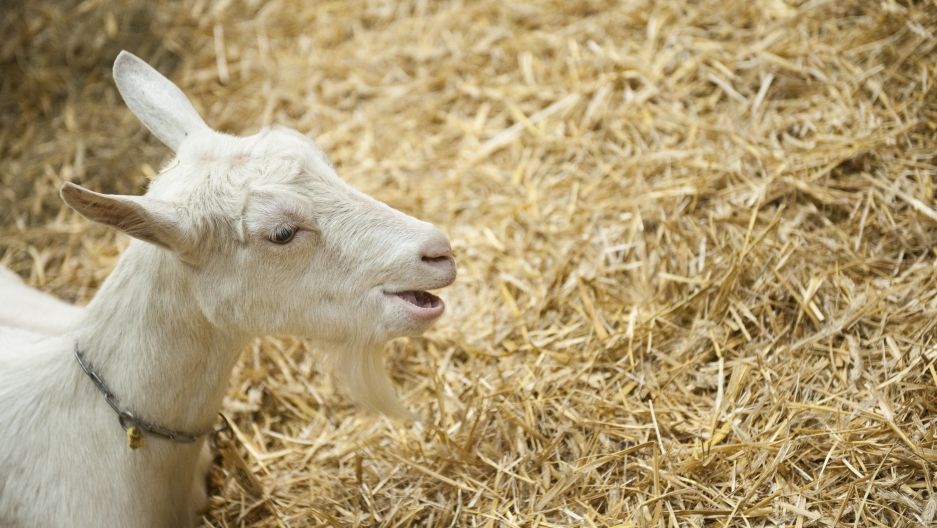 Just like humans, goats can develop accents too, say scientists in a report released Thursday.

According to the BBC, Dr Elodie Briefer and Dr Alan McElligott of the Queen Mary School of Biological and Chemical Sciences at the University of London, discovered that as pygmy goats grow and socialize, they begin to take on the accent of their fellow goats.

According to the Daily Mail, the researchers followed and recorded four herds of newborn pygmy goats for several weeks.

As the babies grew and moved away from their mothers and into herds, their bleats began to copy those of their peers.

"Five weeks corresponds to the time when, in the wild, they join their social group after spending some time hidden in vegetation to avoid predators,' Dr Briefer explained to the BBC. "We found that genetically-related kids produced similar calls... but the calls of kids raised in the same social groups were also similar to each other, and became more similar as the kids grew older."

The researchers, whose study was published in the academic journal Animal Behaviour, said their results could have implications for the understanding of the evolution of speech.

According to New Scientist, the ability to learn a range of sounds, and change them depending on a particular environment, was only possible among a few animals including whales, bats, elephants, and humans.

"This could act as a 'group member badge' allowing them to identify members of the group, differentiate them from members of other groups, and increase group cohesion," researchers told the BBC. "This is especially important in goats, because they live in complex social groups that split during the day and come back together at night."