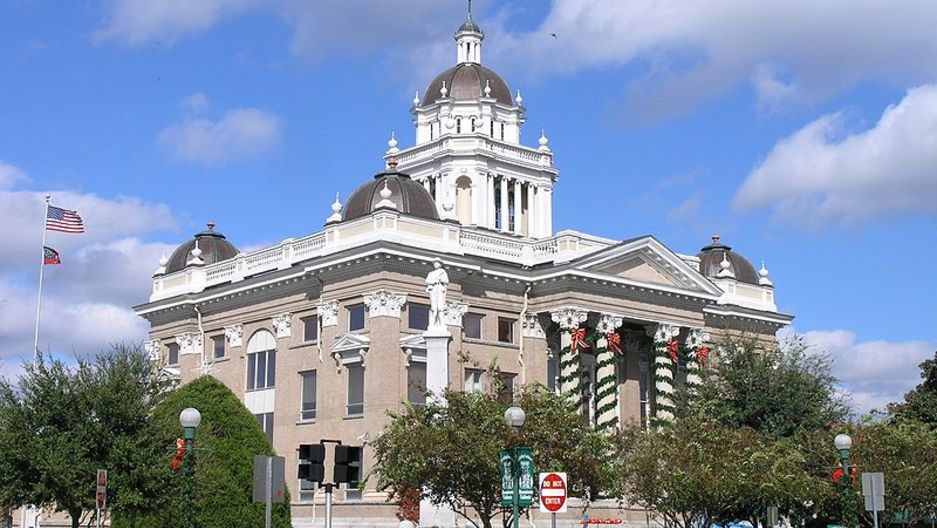 After couples leave the courthouse with their divorce final, more women than men will find themselves without health insurance within six months. (Photo by Daniel Mayer via Wikimedia Commons, cc-by-sa.)

In the rush to divide the property the furniture and child custody in a divorce, a new study shows something else is getting left behind.

A new study out of the University of Michigan(http://www.psc.isr.umich.edu/pubs/abs/6843) finds that many women lose their health insurance after divorce. Using 11 years of Census data, lead researcher Bridget Lavelle looked at health insurance levels before and after a divorce. She found that about 16 percent of women lose health insurance within six months of divorce and go without it for at least two years — the longest that can be measured with the data available.

Lavelle, a Ph.D. candidate at the University of Michigan’s Gerald R. Ford School of Public Policy, said women with the highest risk of losing coverage are those were covered under a husband's plan prior to the divorce.

"Roughly 1-in-4 of these women become uninsured in the months following divorce," Lavelle said. "But other women also lose research."

Research shows that after a divorce, many women suffer a substantial drop in economic well-being, which makes it more difficult for women to afford health insurance — even if they weren't previously covered by a husband's plan.

Lavelle said her study didn't look at the situation for men, but previous research, she said, shows that men don't suffer the decline in economic well-being to the degree that women do.

"Men are also less likely than women to be insured through a spouse's insurance," she said. "For both of these reasons, the risk of insurance loss is probably substantially less for men."

Other statistics show that recently divorced women are more likely to be in poverty than men, 22 percent to 11 percent. Some of that could be attributed to the loss of healthcare.

Many states do provide for state insurance coverage through Medicaid for parents of children — though usually only if they have extremely low incomes. For example, in some states, the maximum income is set at 90 percent of the federal poverty level. For a single woman with two children, she'd need to earn less than $16,000 per year to qualify for Medicaid, Lavelle said.

For childless adults, it's virtually impossible for them to get coverage through Medicaid.

"Past research has found that uninsured women frequently worry about getting sick, about whether they'll be able to see a doctor, afford medication or pay medical bills if they do," she said. "Being uninsured also means women are less likely to go to the doctors for check-ups or to get medical care when they do get sick."

The next step for the research will be to examine how the phenomena changes after the healthcare reform law goes into effect. Though nothing in the healthcare really addresses this directly, Lavelle said it should help.