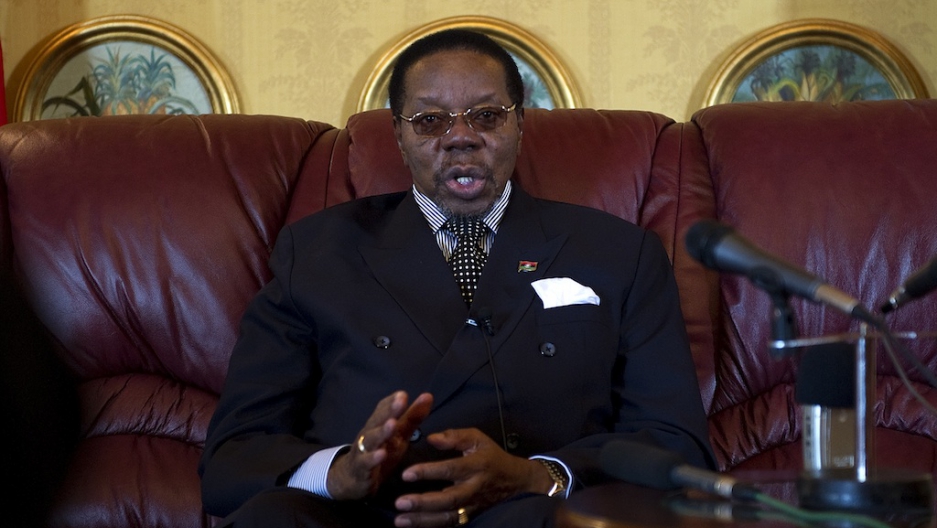 Malawi's President Bingu wa Mutharika gives an interview with AFP on July 18, 2011 in Lilongwe. Malawi will not apologize for expelling Britain's top diplomat, Mutharika said, insisting the former colonial power's aid suspension would not create a budget gap. 'It's certainly not a possibility. What do we apologize for? Here is an envoy who insulted our country,' Mutharika told AFP. Britain last week suspended budgetary aid over Malawi's failure to address concerns over economic management and governance in the latest worsening of ties since a diplomatic spat in April.
Credit: Alexander Joe
Share

NAIROBI, Kenya – Malawi's President Bingu wa Mutharika has plenty of respect for one of his predecessors, Hastings Banda. So much in fact that he's built a grand mausoleum to house the remains of the country's late founding father, a man remembered more for his brutal rule and bizarre dictats than his independence leadership. Banda ruled for 30-years until he was finally forced out. He was 96.

More from GlobalPost: Healing the World: A survey of 8 countries

Speaking to Britain's Guardian newspaper this week Mutharika said Banda had been misunderstood:

"I don't know whether you can change the minds of those who regard him as a dictator, because it depends upon the definition of what a dictator is.

I imagine the scores of political opponents jailed by Banda would be able to tell dictatorship from discipline but Mutharika is showing signs of heading the same way. This week a prominent opponent and former attorney general Ralph Kasambara was arrested without charge, twice. A few days earlier he had reportedly described Mutharika's rule as "dictatorial" and said he should resign.

Amnesty International said Kasambara's detention "indicates the Malawian authorities are willing blatantly to flout the law when it comes to dissenting voices."

More from GlobalPost: The strange life of a sex worker in Malawi

Kasamabara's is not a lone voice. Increasingly tales of repression leak out of Malawi. Mutharika is touchy - he expelled Britain's ambassador last year over a leaked diplomatic cable that was critical of his rule - has deployed his security forces to violently quell anti-government protests and has suffered damaging foreign aid cuts that have helped tip Malawi's weak economy into a tailspin.

All of these are bad signs for the democracy and development of one of the world's poorest countries.