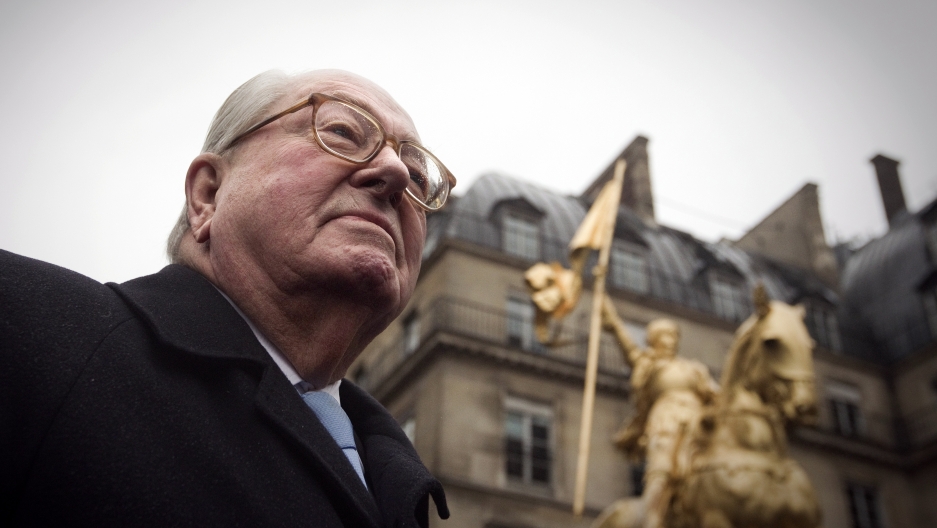 French far right leader, Jean-Marie Le Pen is convicted by a French appeals court of "contesting crimes against humanity." He says that he plans to appeal the verdict.
Credit: Joel Saget
Share

Far right leader Jean-Marie Le Pen was convicted Thursday for "contesting crimes against humanity," after saying that the Nazi occupation of France was "not especially inhumane."

A French appeals court upheld a three month suspended prison sentence and a 10,000 euro fine ($13,000) that was handed down by a Paris court in Feb. 2008 after Le Pen was found guilty of denying crimes against humanity, according to Le Monde.

According to AFP, Le Pen made the remarks in an interview with a far-right magazine, Rivarol, in 2005 in which he stated: "in France, at least, the German occupation was not especially inhumane, even if there were a number of excesses - inevitable in a country of 550,000 square kilometres.”

After the verdict, in which Le Pen was not present, the embattled leader said that he would appeal the decision in the Cassation court - France's highest appeals court.

In a statement, reported by the Guardian, he claimed the court's decision was linked to France's upcoming presidential election in April.

"I will make an appeal in cassation against this decision, which I’m not surprised comes during the election period," Le Pen told AFP.

This is not the first time Le Pen has been convicted on similar charges.

According to the Telegraph, Le Pen was also convicted by a Munich court in 1999 for "minimising the Holocaust" after stating that Nazi concentration camps and the gas chambers are "what one calls a detail".

Le Pen founded the Front National party in 1972 but has since passed leadership responsibilities to his daughter Marine Le Pen who is currently in third place in public opinion polls.