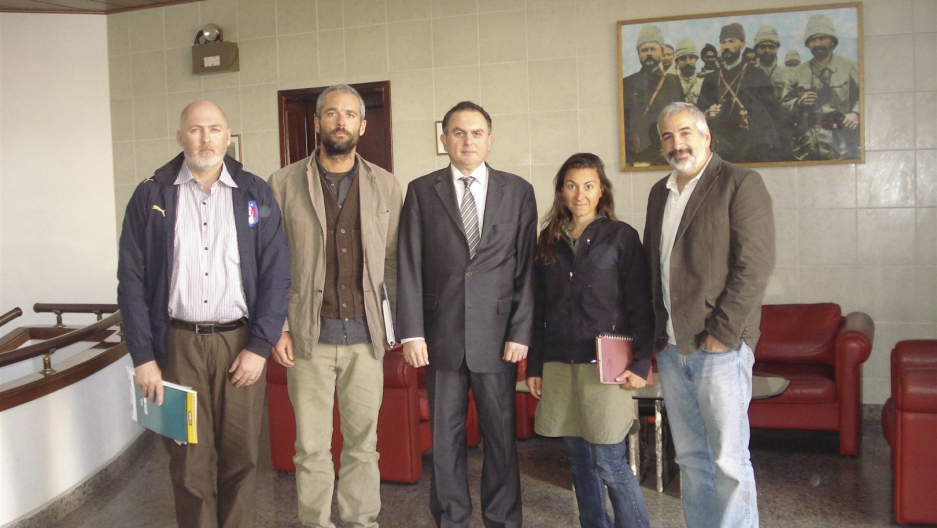 Anthony Shadid, long-time Middle East correspondent for The New York Times, the Boston Globe and the Washington Post, died in Syria Thursday, while covering the revolution there.

Shadid, a two-time winner of the Pulitzer Prize, died of an apparent asthma attack in the war-torn country. A photographer he was traveling with carried his body out of the country and into Turkey on Thursday, the Times reported. Shadid snuck into the country on horseback and planned to leave the same way. According to the Associated Press, the horses may have triggered his asthma.

But while this incident took his life, Shadid was no stranger to tight situations. He was arrested and abused by pro-government militias in Libya while reporting there during that country's revolution last year. His editor at the time was Bil Keller, who stepped down as Times editor late last year but continues to write for the paper.

In addition to being an outstanding journalist with deep compassion for the people he covered, Keller said there's one more thing about Shadid that everyone sometimes may have taken for granted.

"He was just so damn nice," Keller said. "It's not always the case that you find successful correspondents so free of obvious ego. He was just a great colleague."

Keller described his writing as graceful, even poetic — a quality praised in tributes posted to websites and sent in to the Times by his readers.

"I think the two keys to Anthony are, first of all, a kind of empathy that is quite rare," Keller said. "He could get under the skin of the culture in these places."

Shadid's heritage traces to southern Lebanon, though he grew up in Oklahoma. In comments, Shadid always said he felt at home in the Middle East, particularly when in and around the areas where his family lived.

"The other thing...is Anthony always went. He wasn't a daredevil. He wasn't an adrenaline junky. But you look at his bylines just over the last year and he was in Tunisia, Bahrain, Egypt and Libya and Syria and Lebanon. Often under the most dire kind of reporting circumstances," Keller said. "They were calculated risks. I have one or two conversations with him where he trying to persuade us that it was OK to smuggle himself into Syria or Libya."

Keller said he'd always done as much as he could to minimize the risk.

"But he always went," he said.