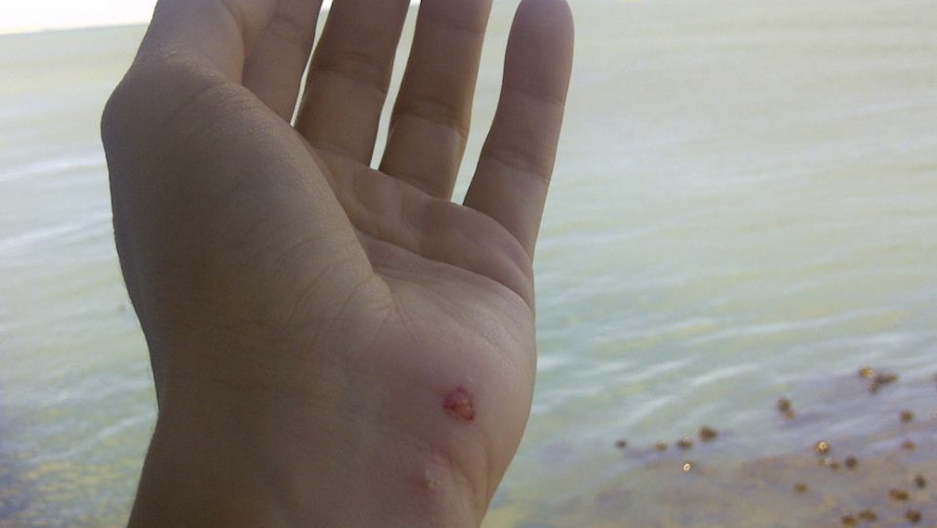 Shakira was injured when a sea lion (known locally as a Cape fur seal) attacked her off a Cape Town beach, the Colombian pop singer wrote on her Twitter and Facebook accounts.
Credit: Shakira
Share

JOHANNESBURG, South Africa — Shakira, the Colombian pop superstar, has described being attacked by a seal off a Cape Town beach while on holiday in South Africa.

The singer tweeted about her weekend sea lion attack (the animal is known locally as a Cape fur seal, or South African fur seal), before posting a "special report" on her Facebook page, complete with photos.

Shakira said the seal "roared in fury" before trying to bite her:

"I thought to myself how cute they were so I decided to get a bit closer than all of the other tourists and went down to a rock trying to pet them doing a baby talk while taking pictures," she wrote on Facebook.

"Suddenly, one of them jumped out of the water so fast and impetuously that it got about one foot away from me, looked me in the eye, roared in fury and tried to bite me."

"Everyone there screamed, including me. I was paralyzed by fear and couldn't move, I just kept eye contact with it while my brother "Super Tony" jumped over me and literally saved my life, taking me away from the beast."

"We both got our hands and legs scratched by the rocks while trying to protect ourselves. I believe what happened is that it confused the shiny reflection of the Blackberry I was taking these pics with, with some sort of fish. It probably thought I was teasing it with food and then taking it away from it. Wow!"

Cape fur seals are common along Cape Town's shores, but are not generally known to attack tourists, unlike the great white sharks that also live in these waters and feast on the seals.

According to the South African Seal Saving Initiative (SASSI), the fur seal "is an inquisitive and friendly animal when in the water and will often accompany SCUBA divers."

However, "on land they are far less relaxed and tend to panic when people come near them."

While in the Cape Town area, Shakira also visited the Cape of Good Hope and spent time with endangered African penguins.

In another close encounter with African wildlife, which she documented on Twitter, a baboon jumped on her car. Baboons in the Cape Town area have unfortunately been habituated to taking food from visitors, and are known to pillage cars, even opening unlocked car doors in search of something to eat.

More from GlobalPost: Thug life of Fred the baboon revealed in documentary (VIDEO)