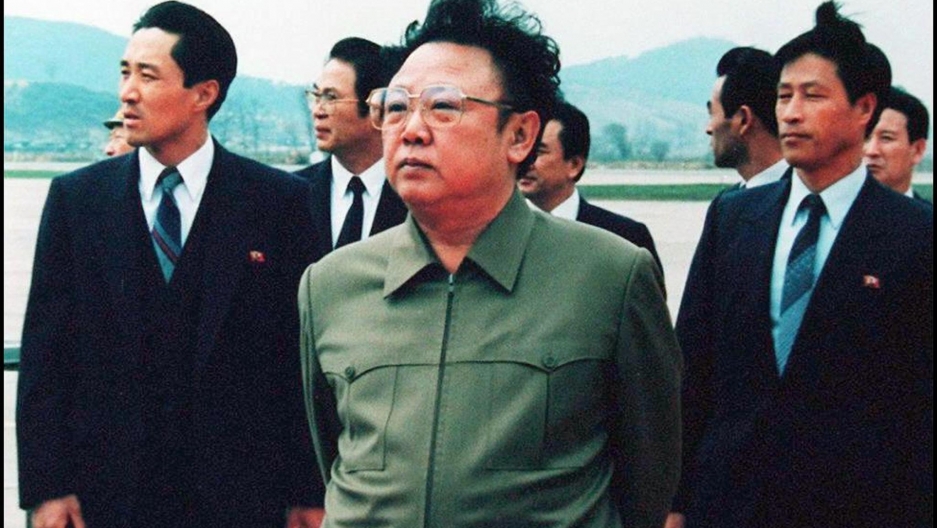 The deceased North Korean leader has a statue unveiled for him in celebration of his birthday.
Credit: AFP
Share

Kim Jong Il was memorialized Tuesday in a larger-than-life statue that depicts the late leader riding a bronze horse with his father Kim Il Sung.

The statue was unveiled during birthday celebrations for the former North Korean dictator who died last December of a heart attack.

According to the Associated Press, Tuesday's unveiling of the 18 ft statue occured after weeks of state propaganda enshrining Kim Jong Il's greatness into memory.

Postage stamps, and commemorative coins were created to be ready for what North Korea has called "Day of the Shining Star." The Associated Press reported that state media has been reporting on a series of supernatural events such as weeping bears and squeeling magpies over mourning sites.

Kim Jong Il was succeeed in December by his son, Kim Jong Un.

More from GlobalPost: After Kim Jong Il: An In-depth Series

In 1999, after proposals for a large statue in his honor, Kim Jong Il told officials that he was not ready to accept the adulation that had been bestowed upon his father until North Korea was an "affluent society" according to The Telegraph.

Kim Jong Il would have turned 70 years old on Thursday.