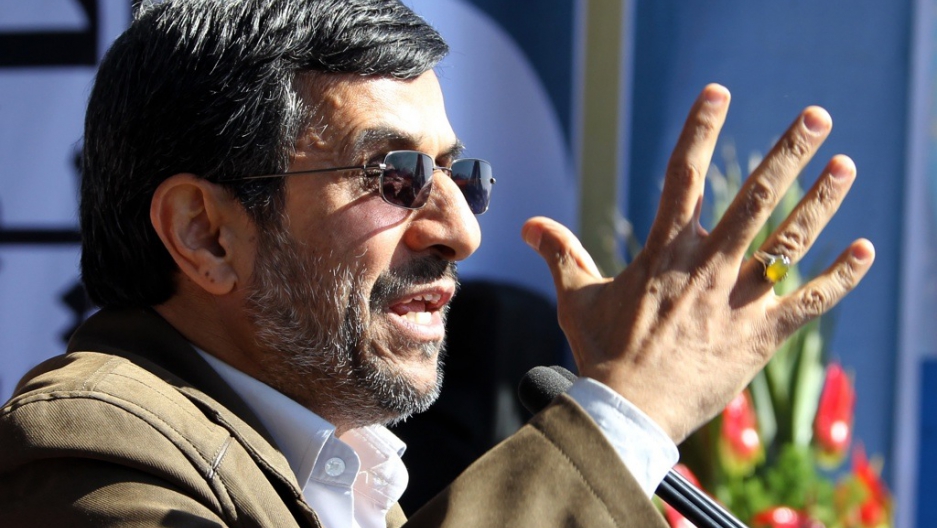 JERUSALEM — After two bombings aimed at Israeli diplomats in New Delhi and Tbilisi, and a third failed bombing in Bangkok, Israeli envoys and the government in Jerusalem are gearing up for what looks to be a harsh end to winter.

“Most likely, this is just the beginning,” the former head of Israel’s National Security Council, Brig. Gen. Danny Arditi, told Israel Army radio on Wednesday. “We might not see further attacks in the next few days, but my guess is that this is a beginning.”

Despite the uptick in violence, however, all the war rhetoric is, for many Israelis, routine.

“For us this is business as usual,” said Yigal Palmor, a spokesman for Israel’s Foreign Ministry. “We know how to cope. Of course we follow all sorts of security instructions, but this really isn’t a big deal for us.”

More from GlobalPost in Bangkok: Has Israel's conflict with Iran gone global?

Israeli military sources said that Israel is not expected to respond to this week’s attacks.

“First of all, it is not 100 percent certain that Iran is behind these attacks,” said Prof. Meir Javedanfar, an Iran expert at the Inter Disciplinary Center, Herzliya. “It is a valid assumption, but we will know only when the people detained have been interrogated. And if Iran is behind the attacks, it is only a continuation of a 20-year old policy of attacking Israeli diplomatic representations.”

Javedanfar, like many other Israelis, does not think armed conflict between Iran and Israel, which do not have contiguous borders, is on the horizon.

“What we are seeing is a war of accusations. It is unlikely to lead to war. And any ‘accidental war’ is even more unlikely for countries that do not have a border. Both countries will think long and deep before embarking on war.”

The government of Israel, which had issued a security warning to its entire diplomatic corps a number of days before Monday’s incidents in the Indian and Georgian capitals, immediately ascribed responsibility for the attacks to Iran.

In New Delhi, a motorcyclist attached a magnet bomb to the car of the wife of an Israeli military attaché, who was alone in the vehicle and was able to escape before her car blew up. In Georgia, a device attached to the car of an embassy driver was detected and defused.

On Tuesday, an Iranian national carrying his passport blew himself up, amputating both his legs, as he carried a bomb Israeli officials say was intended for an Israeli target.

“Iran is the largest exporter of terror in world,” Israeli Prime Minister Benjamin Netanyahu said on Wednesday. “In the past few days, this has been exposed for all to see. Iran is the primary cause of instability in the world today. The nations of the world must condemn Iran’s actions and must determine their red lines against Iranian aggression.”

In a statement issued in Jerusalem, Israeli Defense Minister Ehud Barak, who was on a visit to Singapore, said, "Iran and Hezbollah are relentless terror elements who pose a danger to the stability of the region and the world.”

Iranian officials initially denied all ties to the attacks, then accused Israel of bombing its own embassies, and finally said that the “Zionist state has made many enemies” that may want to attack it.

In Washington, State Department spokeswoman Victoria Nuland condemned the botched bombing in Bangkok and suggested it may be linked to Iran. While the US awaits the results of a Thai investigation, Nuland pointed to recent "Iranian-sponsored" and "Hezbollah-linked" plots to attack Israeli and Western interests in Azerbaijan and Thailand.

More from GlobalPost: Has the war on Iran already begun?

Authorities in India, which is Iran’s top client for crude oil and which has refused demands by the United States that it participate in international sanctions against the country, has so far refrained from directly blaming Iran for the attack.

“A resident member of a dormant, foreign-funded terrorist outfit ‘familiar with India's urban terrain’ targeted the official Israeli vehicle in central Delhi on Monday afternoon,” Indian police sources told the Hindustan Times, refraining from naming which foreign country might have been involved.

"The Hezbollah, a Shiite terrorist outfit with roots in Lebanon, has no base in the country. There is a very strong probability that the attack was carried out at their behest and through their funds but executed by a well-trained militant of a Pakistan-based outfit for considerable payment," a senior police officer told the paper.

The Israeli intelligence expert, Arditi, said that the “clumsy, incompetent” nature of the recent attacks might be deceiving. While this week’s bombings did not appear to be aimed at targets of greater magnitude than individual victims, he said Iran may in fact be gearing up for “larger-scale attacks reminiscent of those of a previous era.”

On the other hand, Ha’aretz military analyst Amos Har’el said Iran may have intended to exact revenge for the killing of Hezbollah leader Imad Mughniye four years ago this week, or may simply not have the ability to organize and plan a large scale attack at this moment.

“Iran and Hezbollah are attempting to execute revenge attacks on Israel,” Harel wrote. “A series of assassinations of Iranian nuclear scientists over the past two years, which Iran attributes to Israel, have only strengthened Iran’s motivation to take revenge. However, the attack on the wife of an Israeli diplomat in New Delhi as well as the attempt at bombing a vehicle at the Israeli embassy in Tbilisi on Monday reveal the limits of Iran’s ability to exact that revenge.”