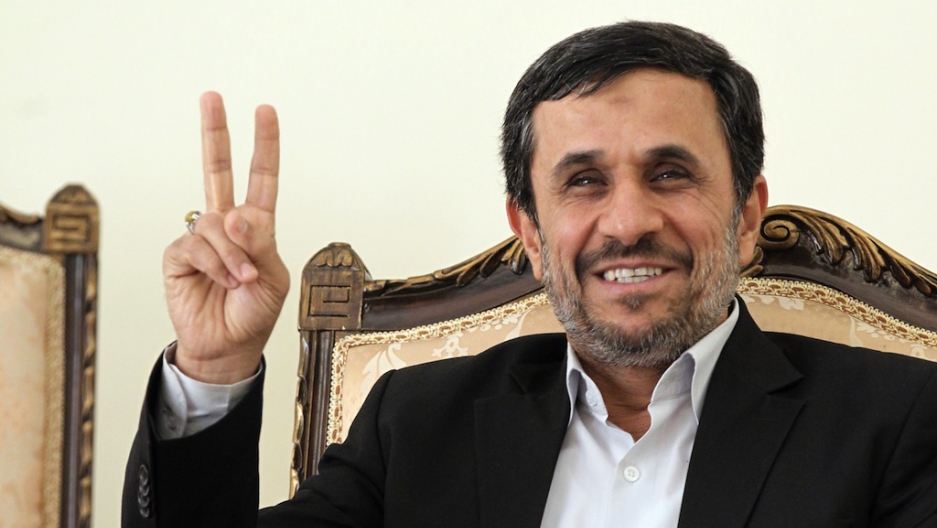 Iranian President Mahmoud Ahmadinejad flashes the V-sign for victory as he waits for the arrival of Ismail Haniya, Palestinian Hamas premier in the Gaza Strip, for a meeting in Tehran on February 12, 2012.
Credit: Atta Kenare
Share

BEIRUT, Lebanon — Iran announced Wednesday that it had produced enough nuclear fuel so that a fuel rod could be inserted into a Tehran research reactor, indicating the extent to which its domestic production capability had advanced, Reuters reported.

The uranium in the fuel rods, which are metal tubes filled with uranium pellets, is enriched to 20 percent, much lower than the 90 percent needed for weapons-grade uranium. The fuel was produced domestically, which indicates that the main obstacle to further enrichment is time. "It is far easier to make bomb-grade fuel from the 20 percent purity concentration than from 4 percent," The New York Times reported. The previous facility in Nanantz enriched fuel to 4 percent.

More from GlobalPost: Iran: Ahamdinejad promises to share "nuclear achievements" with the world

The Associated Press said that this was an "incremental" step that showed Iran was moving closer to "mastering" the process of enriching nuclear material.

Iranian president Mahmoud Ahmadinejad will announce that enrichment facilities inside a mountain near Qom are "fully operational," according to The Times. The International Atomic Energy Agency confirmed last month that enrichment had begun in Fordo, the mountain facility.

A media officer of the Iran Revolutionary Guard Corps told Iran Press TV on Tuesday that any attack on Iran will result in “terrible and inconceivable consequences” for the West.

On Wednesday Iran also announced it had cut off oil exports to the Netherlands, Spain, Italy, France, Greece and Portugal in retaliation for an EU import ban which was passed last month but has yet to come into effect.