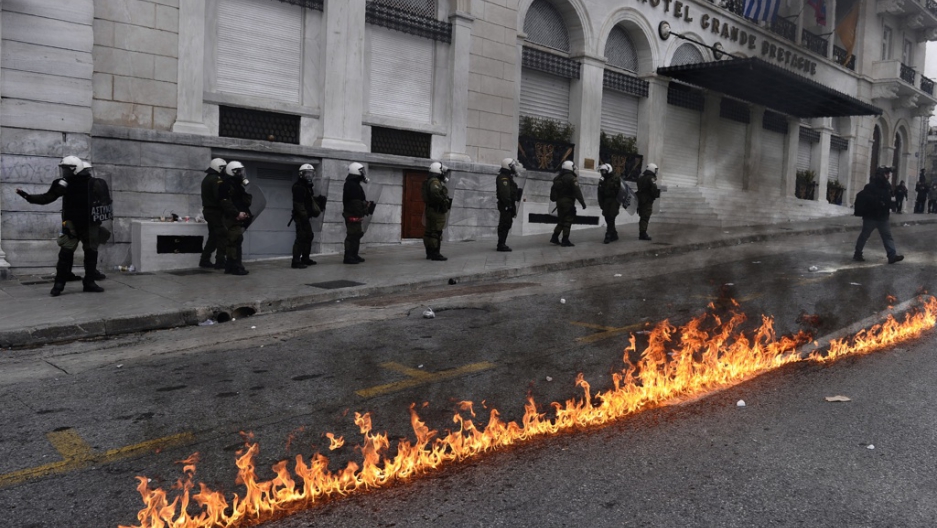 A Greek woman spent over five hours today sitting on the edge of a balcony in Athens, threatening to jump, Athens News reported.

In the late morning, the woman and her husband had climbed to the second story balcony of the Workers' Housing Organization. The woman, Lambrousi Harikleia, worked for the housing agency but had recently lost her job. The agency is scheduled to be shut down under Greek's austerity cuts, the Daily Mail reported.

Soon after the couple climbed to the balcony, members of the police and fire department arrived and persuaded her husband not to jump, according to Athens News. But the woman remained on the ledge for over five hours. At the end of the day, she finally came inside from the balcony.

The so-called Troika of the European Union, the European Central Bank and the International Monetary Fund will only give Greece the bailout money if the country first cuts its spending under new austerity measures, The New York Times reported.

The austerity cuts have been wildly unpopular with Greek citizens, sparking riots.