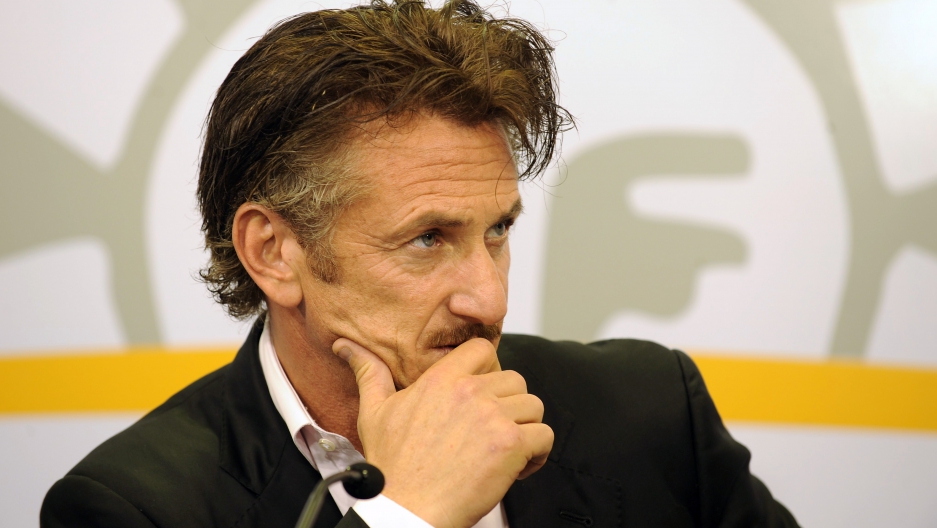 US actor Sean Penn appears at a news conference in Montevideo yesterday after a meeting with Uruguayan President Jose Mujica (not shown).
Credit: PABLO PORCIUNCULA
Share

For the second time in as many days, humanitarian actor Sean Penn has accused Britain of colonialism and militarism and suggested the Falkland Islands should be given to Argentina.

Penn drew an angry response in the British press on Monday when he chided the UK for a “ludicrous and archaic commitment” to “colonialist ideology.”

After meetings with Uruguayan officials today, Penn doubled down on his views, saying Prince William, Duke of Cambridge, should not have been sent for military service to the Falklands (Penn refers to them by their Argentine name, the Malvinas).

Penn was recently named ambassador for Haiti, where he runs a charity. Uruguay contributes to a UN peacekeeping force there.

Tensions have risen in recent weeks between London and Buenos Aires as April’s 30th anniversary of the Falklands War approaches. Britain says it cannot negotiate over the sovereignty of the Falklands, whose residents have voted to remain part of the UK. Argentina is calling for negotiations and accuses London of militarism.

But The Associated Press said Penn claimed his words had been distorted by in the British press and said Prince William’s presence among British forces at the islands could only inflame passions on both sides.

“My oh my, aren’t people sensitive to the word ‘colonialism,’ particularly those who implement colonialism,” Penn was quoted as saying Tuesday night.

“It’s unthinkable that the United Kingdom can make a conscious decision to deploy a prince within the military to the Malvinas, knowing the great emotional sensitivity both of mothers and fathers in the United Kingdom and in Argentina who lost sons and daughters in a war over islands with a population of so few.”

Britain denies it is militarizing matters and says Prince William is serving as a search-and-rescue helicopter pilot and not in a combat role, according to the AP.