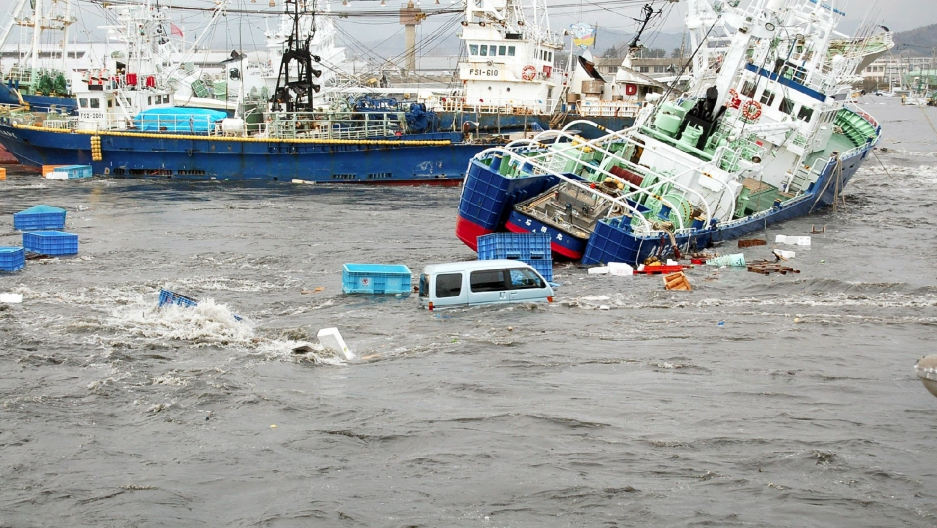 Japanese tsunami debris may be heading on a collision course with the US coast.
Credit: AFP
Share

More than 25 million tons of debris from Japan's 9.0 magnitude tsunami last March is heading for US shores.

According to Fox News.com, the wreckage from the tsunami, including houses, boats, furniture, and everything else that floats, is expected to begin reaching the US coast this spring with the bulk arriving over the following two years.

The arrival of human remains is also possible.

Models constructed by the NOAA and the University of Hawaii show a debris field, also called a "flotsam," heading toward Hawaii, California and Washington with the first fishing buoys having already reached the California coast last December according to Fox News.com.

On top of environmental concerns of trash washing onto beaches, observers also expect momentos and keepsakes of Japanese tsunami victims to wash ashore, according to Yomiuri Daily.

According to ABC News 7, the Environmental Protection Agency is getting ready for what may prove to be a massive coastal clean-up.

"A third of the world is covered by the Pacific Ocean, so even though it could be millions of tons of debris it's very difficult to find where it is," Blumenfeld said in an interview with ABC News 7.

Yomiuri Daily quoted the Japanese Environment Ministry as stating that slightly more than 20 percent of the total debris created from the three disaster-damaged prefectures is estimated to have been swept into the ocean.

The debris is not expected to be radioactive as the tsunami swept most of the debris into the sea before the failure of Japan’s Fukushima Daiichi nuclear reactor according to an interview with Carey Morishige, the Pacific Islands Regional Coordinator for the National Oceanic and Atmospheric Administration, on the organization's website.

According to a report by the website Earthsky.org, it is possible that some of the floating debris will degrade or breakup before reaching the coastline.