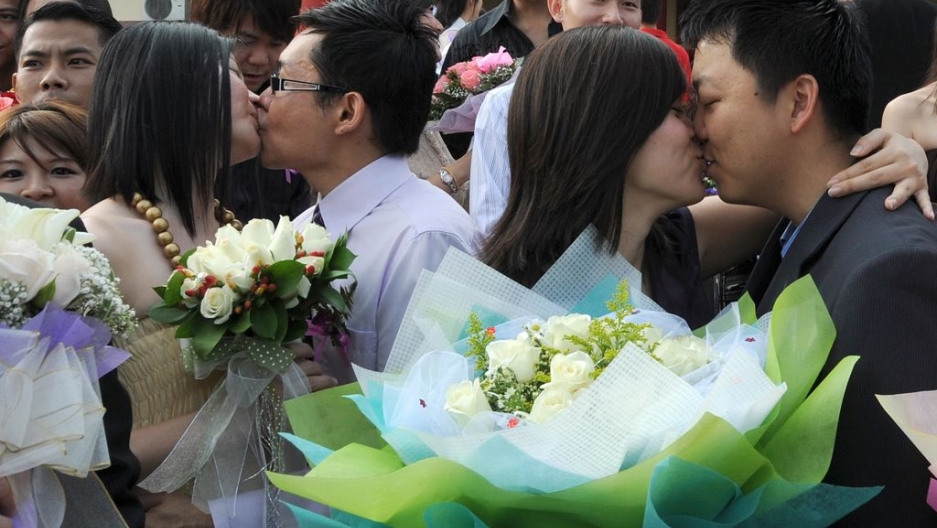 Only married couples or non-Muslims are allowed to get intimate on Feb. 14 in Malaysia.
Credit: SAEED KHAN
Share

You might think you hate Valentine's Day, but in Malaysia, some people really, really hate it.

The evidence: several Malaysian couples were arrested today for trying to get a little, y'know, closer. Local news site The Star Online reported that, starting from 12:30 AM Valentine's morning, police swooped on "budget hotels" in central Selangor state and carried off several young men and women in police vans.

Their crime? Alleged khalwat, or "close proximity," which for unmarried Muslims is a crime punishable with two years in jail and/or a 3,000 ringgit ($984) fine.

According to the BBC, a total of 80 people were arrested in Selangor. Similar busts took place in the capital, Kuala Lumpur, where 16 Muslims, most of them in their teens, were arrested after booking hotel rooms by the hour.

The raids were the culmination of an unromantic campaign called "Mind the Valentine's Day Trap," the BBC said:

"The government-run Department of Islamic Development said Valentine's Day was 'synonymous with vice activities' and that it contravened Islamic teachings.

Valentine's arrests have become a yearly occurrence since 2005, Free Malaysia Today explained, when morality police issued a religious edict banning Muslims from celebrating the holiday. They claim it's associated with Christianity and vice, according to FMT's columnist, who pleads with the haters to "stop judging and start loving."

It's all very different from the US goverment's take on Feb. 14. President Barack Obama's advice to the men of America today? "Go big."