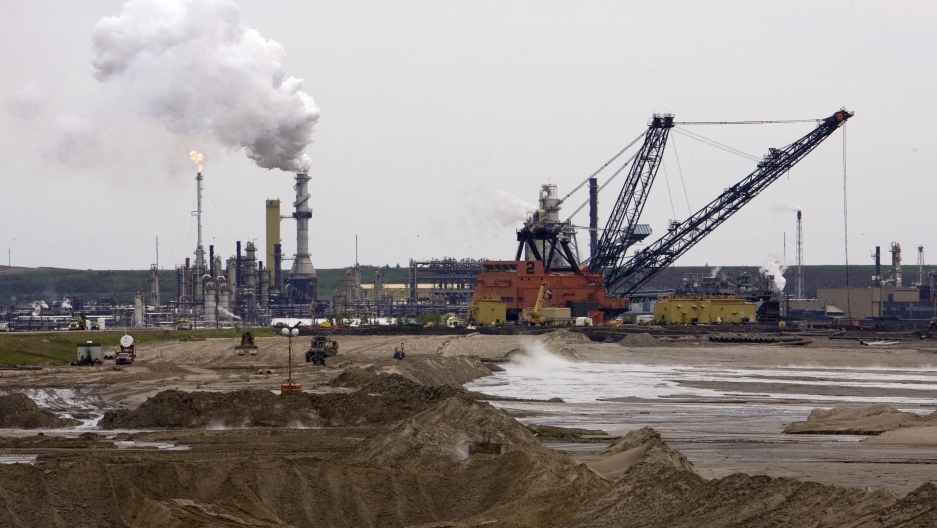 TransCanada Corp. will reapply for a presidential permit to build a pipeline stretching from Alberta's oil sands to refineries in Texas.
Credit: AFP
Share

TransCanada Corp. told Reuters Tuesday that it will reapply for a presidential permit for the delayed Keystone XL pipeline "in the near future."

The pipeline was delayed by the Obama administration in mid-January citing a lack of time to adequately review the project's environmental impact.

On Tuesday, representatives of the Calgary-based pipeline builder said that they expect it will receive the approval early next year, according to Reuters.

The Canadian Press reported that TransCanada Corp. is expecting the $7.6 billion, Alberta to Texas pipeline to be operational in early 2015 instead of late-2014, which the company had predicted earlier.

The Keystone XL pipeline has been a hot button issue in Washington, with Republican lawmakers threatening to push through legislation to reverse the Obama administration's decision to halt the project until more environmental reviews were conducted.

After the decision to delay the project in January by the White House, Speaker John Boehner was quoted in the New York Times as saying: “President Obama is about to destroy tens of thousands of American jobs and sell American energy security to the Chinese. This is not the end of this fight.”

In a blow to Republican claims that the pipeline would bring with it thousands of jobs, Bloomberg reported that the US State Department said Monday that the pipeline may need less than two dozen people to operate it after completion.