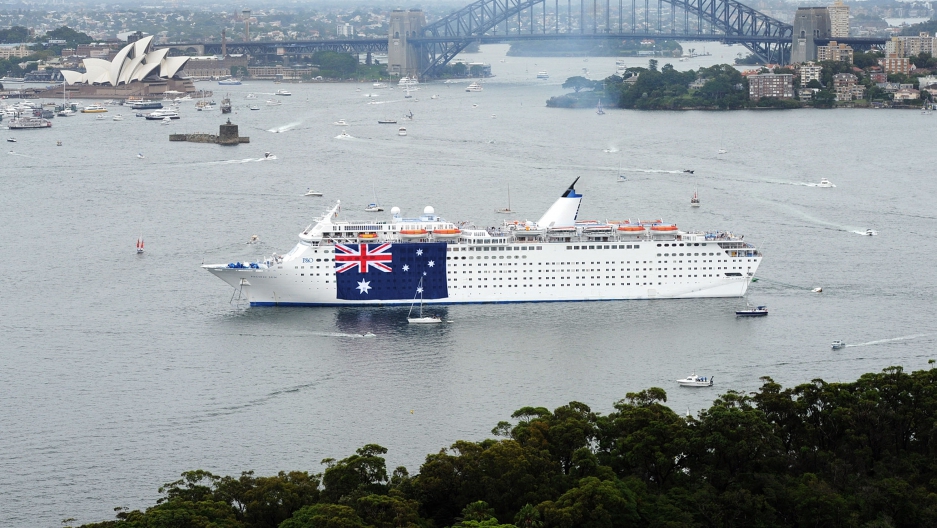 Sydney — 50 percent more expensive than New York with half as many things to do.

Okay, that's an exaggeration — Sydney might have great beaches and one hell of an opera house, but it surely has less that half the cultural, historical and financial significance of a place like New York.

And not only that, the report found that the cost of living in Australia's five main cities was higher than in all those cities.

And none of the other Aussie capitals even has an opera house.

The Fairfax press, which paid for access to the Economist report (the rest of us are busy saving for our next bus fare), quotes Worldwide Cost of Living report editor Jon Copestake as saying from London that:

"The cost of living in Sydney is now almost 50 per cent higher than that of global business center New York – while a decade ago Sydney was more than 25 percent cheaper than New York.

"The cost of a loaf of bread in Sydney has almost doubled in the past decade in US dollar terms, while petrol prices have risen threefold and rice prices have almost quadrupled."

Ah, so there's the d'oh! factor. Australia's dollar is riding so high against the greenback at the moment that even dinner and a show in the Big Apple is likely to pale in comparison with ramen and a night of free-to-air TV in Bondi Beach.

(The survey, which has been carried out for 30 years, uses New York as the base city for comparison.)

Add to that Australia's galloping inflation rate, and for a small country you get one very expensive piece of toast.

Rankings for other Australian cities include Perth 12, Brisbane 13 and Adelaide 17.

"Exchange rates have been the greatest influence for the Australian cost of living, with the Australian dollar seeing its value relative to the US dollar double in a decade, although local price inflation, especially last year, has also played a part."

Still, there's some sense of peace in the knowledge that when it comes to unaffordability, the rankings as predictable as a Swiss watch:

According to the report, Zurich replaces Tokyo as the most-expensive place to hang one's hat, while Geneva races up the ranks to No. 3 (from 9).

Japan adds two cities to the top-10 — Tokyo, Osaka, Oslo and Paris all still rank above Sydney, at No.7, while Melbourne — which arguable boast more culture that Sydney but again, somewhat less that the average American or European city, weighs in at No. 8. Singapore and Frankfurt round out the 10.

(PS — London doesn't even make the top-10, no doubt leading many in Bondi Beach to wonder why there are so many Brits at the supermarket shopping for ramen and a TV guide).