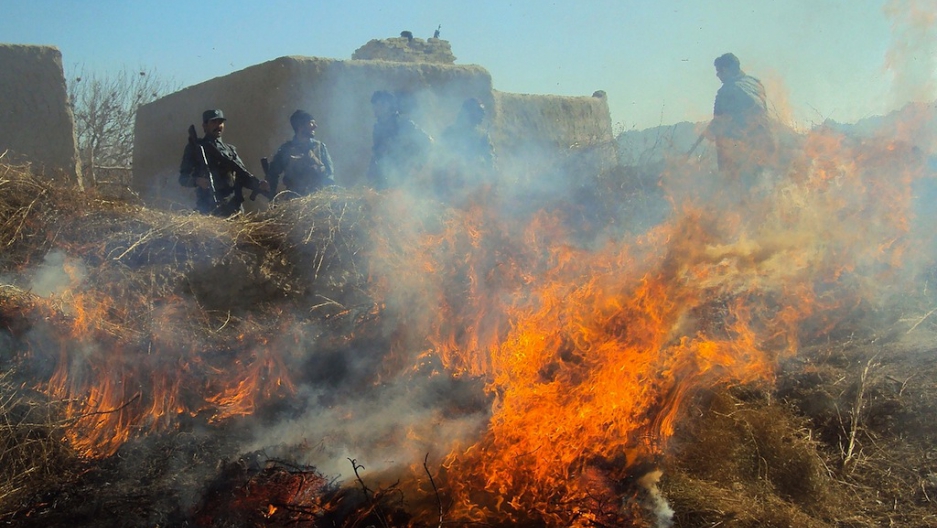 The Royal Canadian Mounted Police intercepted a six-ton shipment of Afghan hash destined for Toronto after local police in Tajikistan, a bordering country of Afghanistan, contacted them, the National Post reported.

According to the Canadian newspaper, the drug was disguised as "specially formulated" chocolate drink flavoring and was hidden in 500 hollowed-out particle boards. Five men—four Canadians and one Dutch national—were arrested when they tried to pick up their shipment from a sea container, and another was arrested earlier in Tajikistan when the international plot was first discovered.

But to the surprise of the men in Canada, most of their cargo—5.7 tons of hash with an estimated street value of $69 million—didn't make it to its destination, according to the Toronto Star. After the RCMP got the tip-off from across the globe, only 10 kilograms were allowed to make their train, ship and truck journey across a dozen countries to arrive in Toronto.

The arrests were made in October and were kept quiet while the police investigation continued. More arrests could come, according to RCMP Commissioner Bob Paulson, but none are fast-approaching.