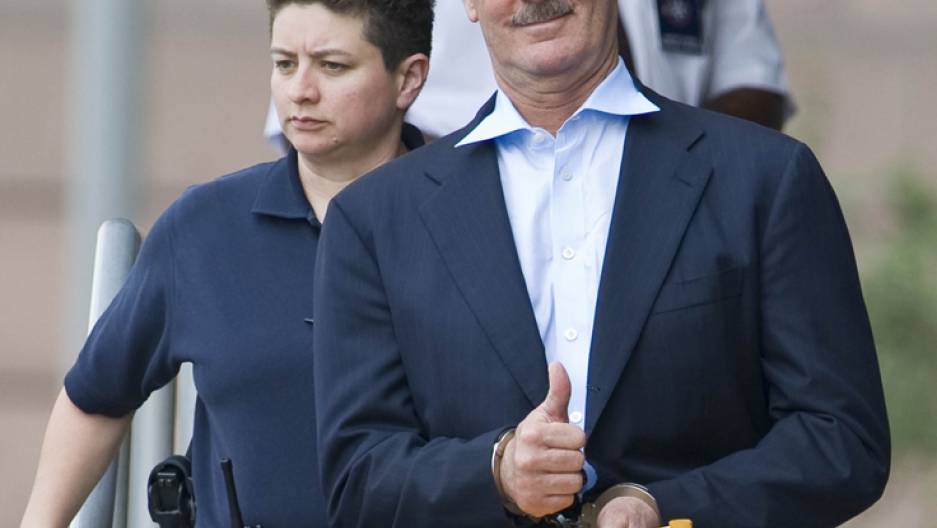 Stanford Financial chairman and CEO Sir Robert Allen Stanford gestures as he leaves the Bob Casey Federal Courthouse in Houston, Texas, where he is on trial for allegedly running a $7 million Ponzi scheme. Stanford donated $1.8 million of that profit to various political campaigns, much of which has yet to be returned to court receivers.
Credit: Dave Einsel
Share

President Barack Obama and other politicians and campaign committees have yet to return donations from Houston financier R. Allen Stanford, who is currently on trial for allegedly running a $7 billion Ponzi scheme, Reuters reported on Monday.

The donations total $1.8 million, and were given out to some of Washington's most prominent committees and political figures by Stanford, his fellow executives at Stanford Financial, and from a PAC associated with the company, Slate reported.

House Speaker John Boehner, Senate Majority Leader Harry Reid and Sen. John McCain have already returned about $154,000 total, which is just is a fraction of the amount Stanford handed out.

More from GlobalPost: Stanford scam bilked Jews out of millions

Obama received a $4,600 donation from Stanford himself, but may have collected up to $31,000 when Stanford's contributions to Obama's other campaign committees are included, according to Reuters.

Kevin Sadler, the lead counsel for the Stanford receivership, condemned the Obama campaign for failing to turn over the contributions.

"The money was never theirs to begin with," Sandler told Reuters. "They have no more right to the money than an ordinary person who was given it from a guy who goes into a Seven Eleven and robs the store."

Janvey wrote to Obama's campaign asking that the funds be returned to investors.

Stanford is on trial for allegedly siphoning $7 billion from investors, the second-largest Ponzi scheme in the nation's history, after Bernie Madoff's. He has denied taking money from investors, Reuters reported.