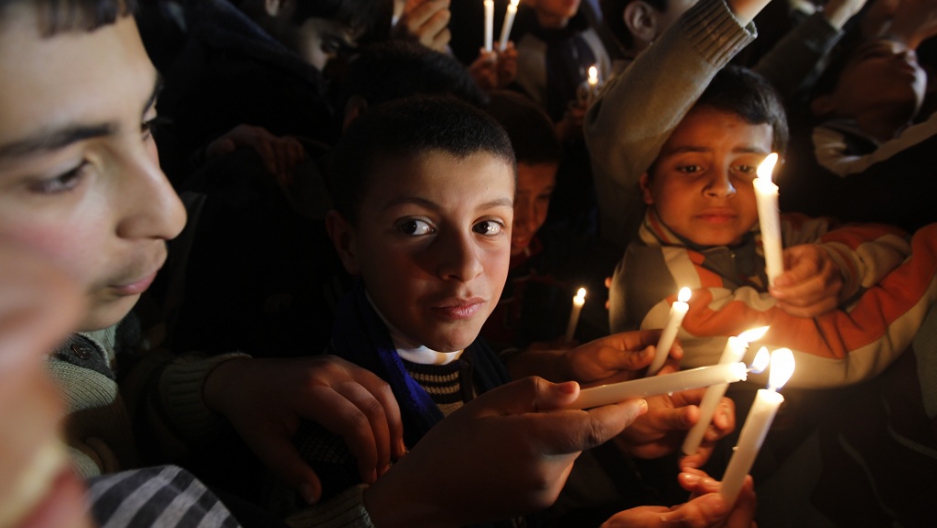 Palestinian schoolchildren hold up candles during a protest on Feb. 14 calling for a steady fuel supply for the Gaza Strip
Credit: Mohammed Abed
Share

The Gaza Strip's only power plant has shut down after running out of diesel, provoking a serious energy crisis in the Palestinian enclave.

Al Jazeera says that Gaza, which is under a sea and land blockade imposed by Israel, usually relies on fuel smuggled from Egypt.  But AFP says that the United Nations' Office for the Coordination of Humanitarian Affairs (OCHA) noted that supplies had halved in the last forthnight, reportedly because Egyptian police have increased restrictions on the movement of fuel.

"The Gaza power plant has completely stopped working because of the shortage of fuel entering the Gaza Strip, and the depletion of diesel it needs to work," an official from Gaza's energy authority, Ahmad Abu al-Amrin, told AFP.

Gaza's Hamas Prime Minister, Ismail Haniya, has appealed to Egypt for help in providing a more permanent supply of energy, warning that the territory was facing a "real humanitarian crisis."

The power plant produces about a third of Gaza's electricity. It suffers frequent outages and has already been forced to shut on several occasions in the past. ANSAmed says that about one million Palestines have been affected by the latest cuts, with most having to use generators.

"In the major streets, the relentless mechanic whirring of the engines frightens off the few clients in the area," the ANSAmed correspondant in Gaza writes.  "With petrol pumps now dry for the last couple of days, the streets have gradually emptied. Small crowds have gathered along the pavements, waiting (sometimes for hours) for any means of transport that can take them towards their homes."