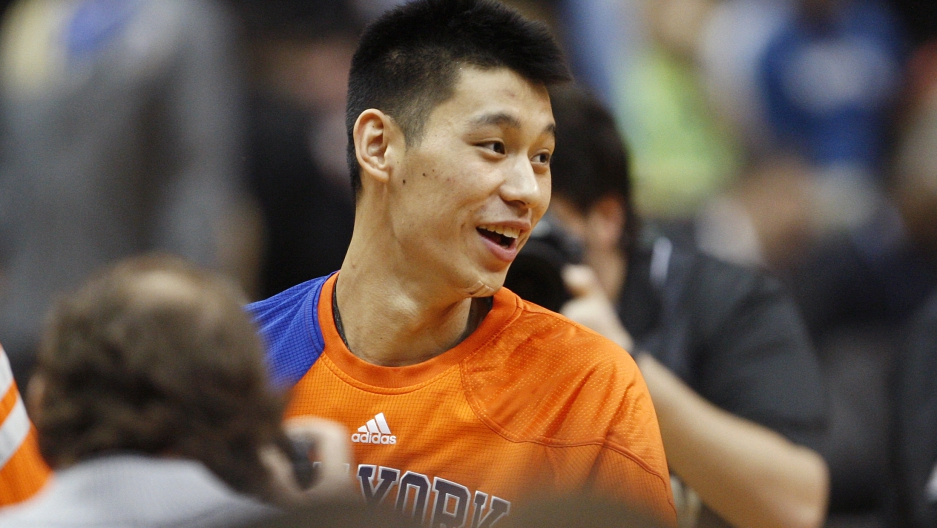 Jeremy Lin has captivated the country with his emergence from nowhere to become the star of a surging New York Knicks team.

Jeremy Lin, the 23-year-old Asian-American, Harvard graduate, who's gone from an undrafted free agent to a starter for the New York Knicks, returns to action Tuesday night — bringing his amazing show to an international audience in Toronto.

Lin has averaged nearly 27 points and eight assists over his last five games. He’s the Knicks' leading scorer, playmaker and its spiritual leader, as the team enjoys a five-game winning streak. He's good for business, too. Shares of Madison Square Garden, Inc., owner of the Knicks, hit a 52-week high this week.

He's even the toast of Stephen Colbert, who Monday night proclaimed he's the latest one to contract Linsanity.

"This kid has done the unthinkable: made people want to watch the New York Knicks," Colbert said.

Michael Luo, a New York Times investigative reporter who himself is an Asian-American and a Harvard grad, has been beating the Lin drum for a long time.

He described seeing Luo's success as a Jackie Robinson moment for him. Luo is one of the first Asian-Americans to achieve real prominence in the NBA — and the first of Chinese-American or Taiwanese-American to play serious time. Robinson, of course, was the first African-American to break modern baseball's color barrier.

"It's just a surreal thing," Luo said. "Watching that Lake game was what really tipped it over the edge. Hearing Madison Square Gardens chant an Asian-American basketball player's name is a seminal moment for Asian-Americans in this country."

Luo said hearing Lin's story is like hearing his own story. His experience with race and name calling, Luo said he's been in his shoes.

He's also become a leader on the team — with no outward signs of anyone begrudging him the success he's enjoyed.

Luo said there's been a definite maturation process for Lin — something that Lin readily admits when asked.

"He have an interview in the San Jose Mercury News about his faith journey in all of this. He talked about how, last year, when he was playing for the Golden State Warriors, he was really concerned with pleasing the crowd and pleasing fans and talks in this very Christian language about surrendering these things to God. And he feels that set him free and enable him to play with more joy. Maybe that's part of it."

The question that remains is whether he can remain a star and continue to pace the team in statistical categories.

"I'm not basketball expert, but it seems like his skills are legitimate," Luo said. "We'll see where this goes. It's a pretty remarkable ride."