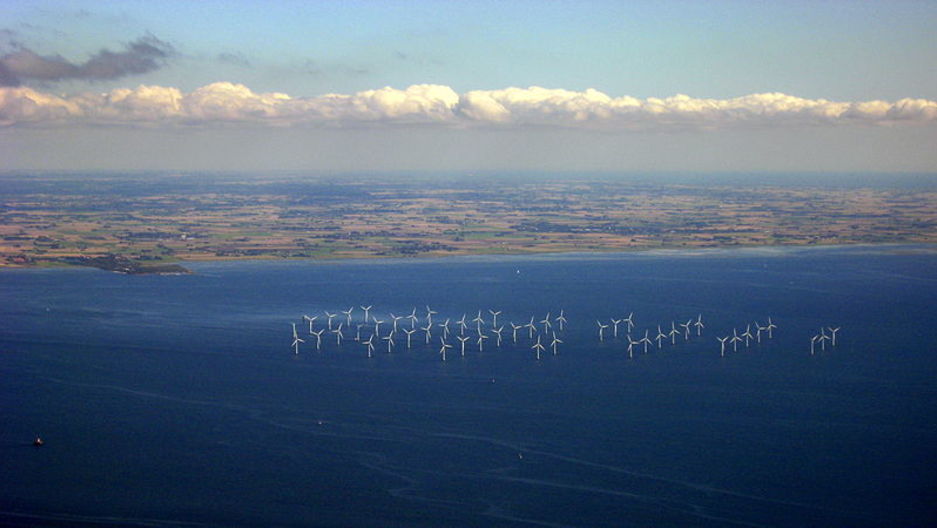 Right now the United States gets just 3 percent of its electricity from wind power.

And all of that comes from windmills on land. Now, in an effort to boost offshore wind generation, the White House is setting aside nearly 2,100 square miles of the Atlantic Ocean for development by energy companies — and the administration is doing so in a way that could shave years off the process of getting those offshore wind farms online.

The White House effort has an influential backer — from an unusual source. Google is looking at an off-shore windfarm and transmission line, stretching from New Jersey to Virginia, that they say could power 2 million homes.

Ryan Tracy, energy and environment reporter with the Wall Street Journal, said the projects the White House is talking about would be off the coasts of Massachusetts, New Jersey, Maryland, Virginia and Delaware. Generally, they're 10 to 20 miles off-shore.

"The visibility issue have to be evaluated in a lot more detail than they have now. I think generally once you get out to, around 20 miles, they become harder to see," Tracy said.

The biggest question, though, is the cost. Companies will have to overcome resistance to allowing people's utility bills to rise in order to fund these large projects.

"Are they really worth it? Are we getting enough benefits in return for these extra costs that we're adding," Tracy said.

Working in its favor, though, is the bi-partisan support that wind energy enjoys. It's not nearly as controversial as solar — and it's a relatively proven technology, at least on land.

"The political question becomes not how do you get people to support the idea, but how do you pay for the idea," Tracy said. "If you're going to pass a bill with a tax credit, you have to come up with however many billions of dollars of off-setting cuts elsewhere."

The Obama administration has moved the project forward in a big way by choosing not to do an environmental review for the part of the project stretching from New Jersey to Virginia, Tracy said. Instead, they'll review each specific project's environmental impacts.

In Massachusetts, another location believed to be ripe for wind projects, a series of lawsuits have slowed down efforts to install the first off-shore wind farm in the United States.

"Then there's the financial issues," Tracy said. "All these delays are costing them, so they're having to find more financing."