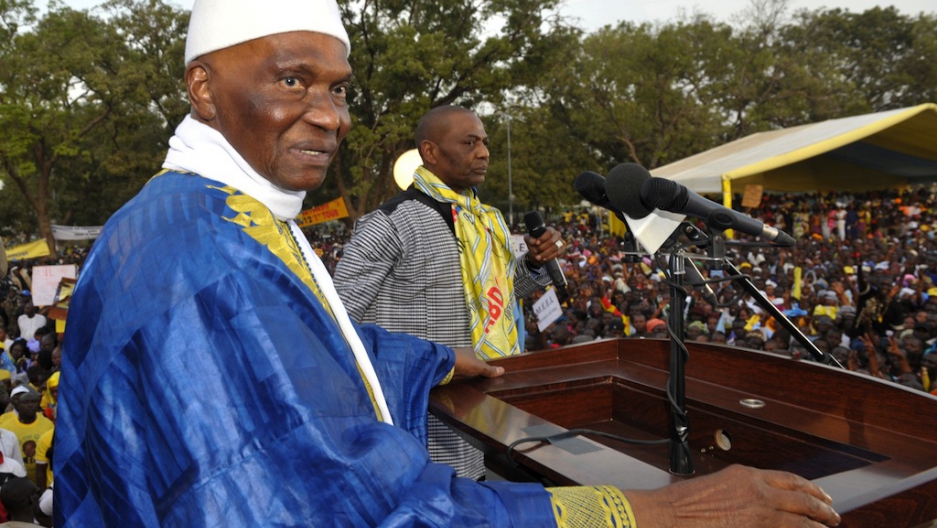 Senegal's leader Abdoulaye Wade is 85 years old while the median-aged Senegalese person hasn't yet turned 19. Wade, facing a storm of criticism over his third term presidential bid, looks on during a rally in Thies on Feb. 8, 2012.
Credit: Seyllou
Share

NAIROBI, Kenya — Wherever I go in Africa there's a lot of talk of tradition, of listening to elders, of respecting their views because, well, they're old and therefore presumed to be experienced, knowledgeable and wise.

But they're also out-of-touch, condescending and frequently bigoted. And in many cases the aged haven't exactly left the generations who follow a political or social birthright to be proud of.

It's long been impossible to miss the irony that on a continent with an exploding population there is no shortage of old and — frankly — past it leaders.

But now Todd Moss at the Center for Global Development has crunched the numbers and come up with some interesting facts about the generation gap between the rulers and the ruled, or as he puts it "the generation chasm."

It turns out that 8 out of the 10 biggest age gaps are in Africa, and only in Africa and the Middle East are there leaders a full half-century older than their median citizens.

Take Abdoulaye Wade, Senegal incumbent and re-election hopeful. He's 85 (or older, there's some doubt surrounding his official biography) while the median aged Senegalese person hasn't yet turned 19. If you vote for someone to represent your interests then exactly what does an 85-year old know of a 19-year-old's contemporary interests?

Or, to drive the point home, look at the places of last year's revolutions. As Moss points out: "Hosni Mubarak was 83, a full 59 years older than the median Egyptian. The gap for both Tunisia’s Ben Ali and Libya’s Ghaddafi was 45 years."

Which leads him to muse: "Could a triple (or quadruple) generation gap be a factor in the spread of protests and rising public anger againstthe government? Or, conversely, are wide age gaps symptoms of a government alienated from its citizens and unresponsive to their needs."

Either way it's bad news.

And it's also time, time for the dinosaurs of African politics to bow out or be put to pasture, let them sit under trees and dispense advice, not control the treasury and security forces. They had their chance and many of them blew it. And it should now be clear to all that hanging on until the revolutionaries come knocking at the palace doors doesn't end well.